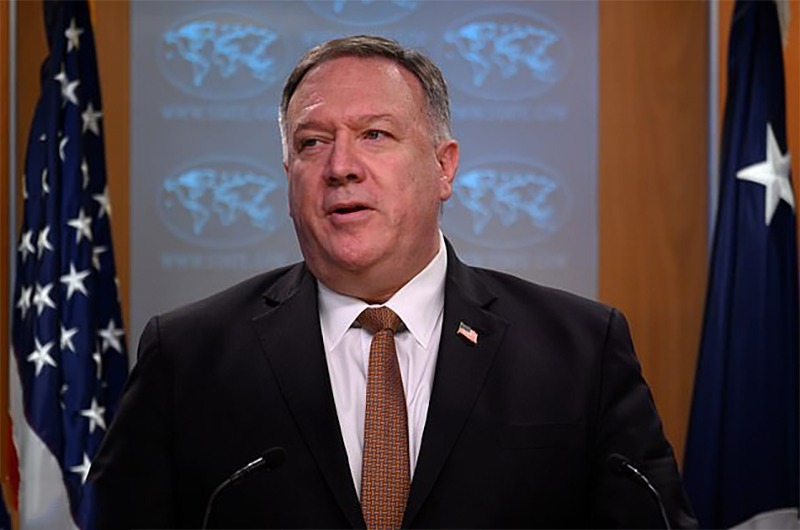 The Trump administration announced on March 31 that they are willing to lift sanctions against Venezuela if the opposition party led by Juan Guaido and the members of President Nicolas Maduro’s Socialist Party form a transitional government excluding both the leaders. The US policies plan to make a shift in power in Venezuela by making Cuba, China, Russia and Venezuela military-backed President Maduro to step down. Earlier on March 26, The US Justice Department announced the indictment of President Nicolas Maduro for cocaine-trafficking and narco-terrorism. More than a dozen high ranking officials including the Chief Justice, members of the judiciary and military under Mr Maduro’s regime were charged with drug-trafficking. A $15 million reward was also offered for any information on Mr Maduro that would lead to his arrest.

According to the plan proposed by the White House, Mr Guaido and Mr Maduro have to transfer power to a five-member council until the parliamentary and presidential elections are held within next year. The South American nation is already plummeting due to crash in the oil prices, political and socio-economic crisis, US harsh economic campaigns since last year and the coronavirus pandemic. Secretary of State Mike Pompeo termed this proposal as the “Democratic Transition Framework”, which would provide Venezuela with a “sequential exit path” from the crippling US sanctions and lift the oil sector if Mr Maduro’s government and the opposition cooperate.