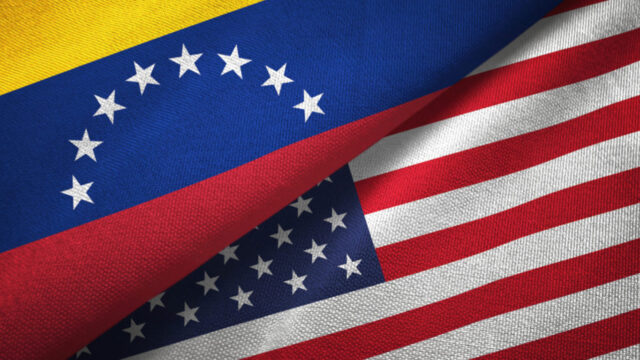 November 20, 2020: The US senate on November 18 confirmed James Story as next ambassador to Venezuela amid a breakdown in relations. For a decade, Washington didn’t have an ambassador to the Latin American nation.

Mr Story is expected to guide the US policy on Venezuela during the transition of President-elect Joe Biden.

The relations between the two countries first started to fray under Venezuela’s late socialist President Hugo Chávez, starting in 1999 and steadily deteriorated after that. In 2008, Venezuela expelled the US ambassador in solidarity with Bolivia, accusing the US of cooperating with anti-government groups in the country. Although relations improved a little under the Obama administration, but since 2010, both countries didn’t have ambassadors and their relations hit the lowest point when the diplomatic relations totally broke down in 2019. The US also placed heavy sanctions on Nicolás Maduro after the 2018 Venezuelan presidential elections suspecting fraud. The US government accused Mr Maduro of ruling Venezuela “by authoritarianism, intolerance for dissent, and violent and systematic repression of human rights and fundamental freedoms”.Furthermore, in 2020 the US Department of Justice charged Mr Maduro with offenses related to narco-terrorism and drug trafficking and the U.S. Department of State’s Bureau of International Narcotics and Law Enforcement (INL) posted a $15-million reward for information on him.

The US recognises Juan Guaidó as Venezuela’s legitimate leader. Mr Guaidó is recognized as a leader of Venezuela by more than 50 countries. In 2020, the US proposed a Democratic Transition Framework to achieve a peaceful democratic transition in the country.

Before suspending diplomatic relations, the US was Venezuela’s largest trading partner with bilateral trade in goods between both countries reaching $3.2 billion in 2019. The U S exports to Venezuela primarily consists of petroleum and refined petroleum products, machinery, organic chemicals, and agricultural products while Venezuela exports crude oil to the US.

With relations between the US and Venezuela strained, countries like Russia and China have moved closer. Under sanctions from US and allies, Venezuela has received significant economic and political support from China. In 2019, China’s support was crucial in securing a seat for Venezuela in the UN Human Rights Council. Venezuelan oil exports to China have kept the country’s economy floating. China has also invested in Venezuelan infrastructure projects, including a thorium plant. In Latin America, a major chunk of loans from Chinese Development Bank went to Venezuela.