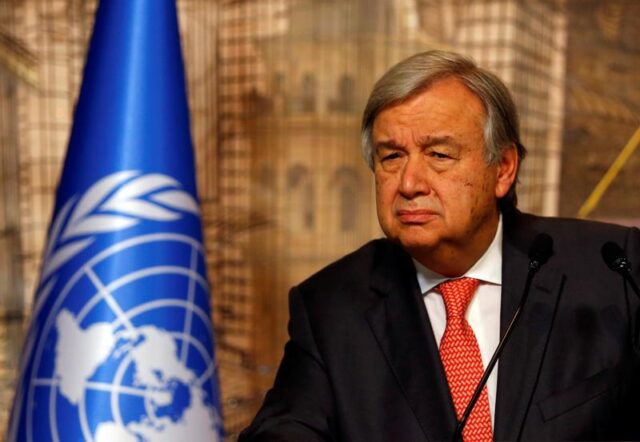 On 19th November 2021, UN Secretary Guterres arrived in Lebanon, where he met with senior government officials, religious leaders and civil society representatives. The UN chief has previously as well met with President Michel Aoun, Prime Minister Mikati and other leaders. United Nations Secretary-General Antonio Guterres has reaffirmed the UN’s commitment to supporting crisis-hit Lebanon and urged the country to hold parliamentary elections next year on time. UN Chief says that he is confident that Lebanese elections will take place in March 2022.

Lebanon is enduring a major economic and humanitarian crisis that has raised from political turmoil, a malfunctioning economy and the devastating August 2020 explosion at the port in the capital of Beirut. He during the meeting encouraged the Prime Minister to negotiate with the International Monetary Fund (IMF) and lead several reforms needed for Lebanon’s effective recovery to start as soon as possible.

During the meeting, he stated, “I was extremely impressed by the commitment of the President of the Republic and the Prime Minister and the Speaker of Parliament. We have the guarantee that elections will take place according to the constitution allowing for the new Parliament to be elected before the end of the mandate of the present Parliament.” He further stated, the international community needs to strengthen its support to Lebanon to overcome the country’s current “very difficult circumstances.” “Nevertheless, we saw Lebanon opening its borders, even though larger countries closed theirs, and this reflects the Lebanese generosity.”

Lebanon has been committed to its dissociation policy from regional disputes and conflicts while on the other hand, the international community continues to urge Lebanon to implement economic and structural reforms to stop wasteful spending and establish anti-corruption and transparency mechanisms. According to the reports, Prime Minister Mikati has said that Lebanon urgently needs more aid, especially for a cash assistance programme for hundreds of thousands of families. He further asked for the international community to help to facilitate the return of Syrian refugees.