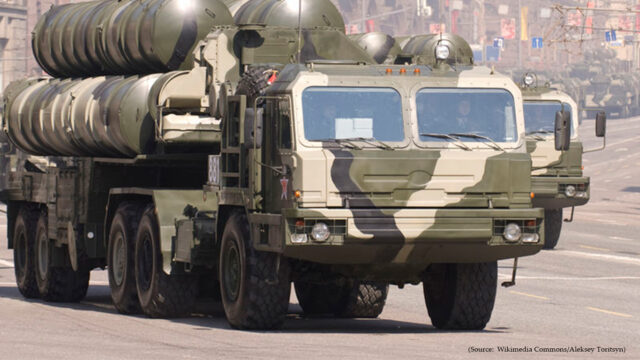 December 15, 2020: The United States (US) imposed sanction on Turkey’s Presidency of Defense Industries, known as SSB, over purchase of Russian S-400 missile defense system in 2017. The decision to impose sanctions on Turkey, a NATO member, is being seen as a warning to other countries that are considering buying military weapons from Russia.

Presidency of Defense Industries (SSB) is a government military procurement agency that oversees and manages the country’s defense industry. The sanctions also target Ismail Demir, chief of the Presidency of Defense Industries and three other employees. The sanctions will impose economic penalties on the US exports, authorizations or loans to the agency, and freezes the US-held assets of four of its top officials. The four officials are also barred from entering the United States. Under the Countering America’s Adversaries Through Sanctions Act (CAATSA), export licenses for any goods or technology that would be transferred to SSB are also banned.

Michael Pompeo, Secretary of State said in a statement, “The United States made clear to Turkey at the highest levels and on numerous occasions that its purchase of the S-400 system would endanger the security of U.S. military technology and personnel and provide substantial funds to Russia’s defense sector, as well as Russian access to the Turkish armed forces and defense industry.”

The Ministry Of Foreign Affairs of Turkey in a statement urged the US to reconsider this “unfair decision” and “rectify this grave mistake”.The statement also said that US fears over S-400 jeopardising NATO are devoid of merit.

“U.S. allegations that S-400 systems will jeopardize NATO systems are devoid of any technical merit. Moreover, Turkey has repeatedly proposed to address this issue in an objective, realistic and politically unbiased manner through a working group with the participation of NATO,” said the statement.

“The conditions which compelled Turkey to acquire S-400 systems are well known,” said the statement referring to the US refusal to provide Patriot systems made in the US.

The statement further read, “Turkey will take the necessary steps against this decision, which will negatively affect our relations and will retaliate in a manner and timing it deems appropriate. Turkey will never refrain from taking the necessary measures to safeguard its national security.”