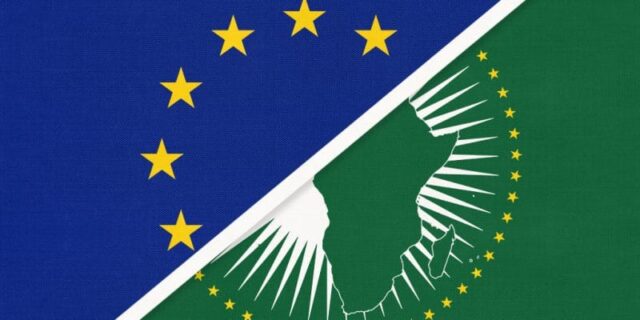 On 17th February 2022, the 6th session of the European Union (EU)-African Union (AU) summit took place in Brussels. A layout of the framework and the underlying issues related to the Joint Vision for 2030 was also set out and discussed, the aim of which is to achieve better cooperation and coordination between Europe and Africa. The summit provided the two organisations to renew their relationship and work on common issues and areas, such as trade, development, and to create a partnership of equals. The summit is quite important as it comes at a time when the African continent is going through major political changes and the wave of the coup has originated in many parts of Africa. Also, Covid-19 has affected the continent in the worst way possible amongst all the countries in the world, thereby making the circumstances difficult for people to survive.

In the year 2000, Africa and the EU formally established their partnership and every three years, a summit is held to discuss the future course of actions. The sixth edition, scheduled to follow Abidjan in 2017, was postponed for a year due to the pandemic. This year around 27 EU members as well as 55 AU members participated in the summit. Not just the Head of the states but also their delegates, attended the summit, during which the discussion included fresh roundtable talks on a more concrete basis as well as on the ones which had more deliverable outcomes.

During the summit, commitments were enhanced and future support was declared. It was declared that the AU will be supported to respond to the Covid-19 crisis and better health care systems will be established. In addition to this, the EU will be providing with 450 million doses of vaccines with the help of the Africa Vaccine Acquisition Task Team (AVATT) by the mid of 2022.

Over the last few years, China has made significant changes and investments in Africa and its power has been increasing ever since. Other countries like India, Russia, Japan, UAE also have been increasing their presence in Africa. With all these coming into existence, the EU to counter the increasing influence in 2021 launched its 300-billion-euro Global Gateway initiative. Under the Programme, European Commission President, Angela von der Leyen is to fund infrastructure development and make an investment of 150 billion euros in Africa. The initiative also aims to promote values and norms such as democracy, transparency, good governance as well as green investment.