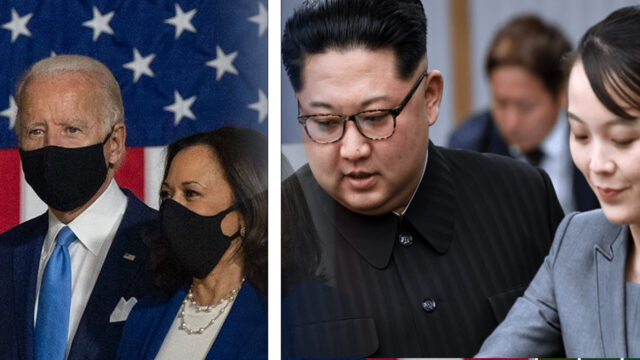 North Korea is one of the important policy decisions for the United States (US). The US President Joe Biden has been vocal about his views regarding the seriousness of the issue. The North Korean nuclear programme violates the international nuclear norms and has irked the US. Former US President Donald Trump too had attempted to convince North Korea to reach a good bargain and did meet the leader of the latter country Mr Kim Jong Un three times but there was no substantial success in the past.

Last week, in his speech celebrating 100 days in office, US President Biden stated that the North Korean nuclear programme was a serious threat to the global security. He also said that the US was seeking a “calibrated approach” and intends to persuade North Korea to abandon the nuclear programme completely. The BBC reported that the spokeswoman Jen Psaki had hinted that the US policy with respect to North Korea will be a balanced approach between exploring diplomatic avenues along with an increased strength for US and its allies. President Biden spoke of working with the American allies to buttress the international security by means of diplomacy as well as stern deterrence. It is interesting that the first two world leaders hosted by President Biden will be from South Korea and Japan.

The North Koreans have not taken US President Biden’s speech lightly. The North Korean Foreign Ministry described the American President’s speech as a blunder and intolerable. An official said that the US had been enforcing a “hostile policy on North Korea” for over half a century. Kwon Jong Un, a senior North Korean Foreign official did not mince his words when he warned US of being in a “grave situation”. BBC also reported that Kim Yo-jong, the DPRK’s leader’s sister too cautioned the US to “not cause a stink” and refrain from spreading the “smell of gunpowder” in their country from across oceans. American officials have denied any ‘hostile intentions’ however the tension continues to exist.

United States has attempted to negotiate with North Korea on various occasions under the leadership of different Presidents. However, it seems extremely difficult to even reassure the North Korean leader to come to the table for talks. This has resulted in the country being tagged as a rogue state. North Korea has tested the international patience too on various occasions by advertising its disbelief in the international norms and by promoting its nuclear weapons programme. There have been instances of open disregard for any international order. The unwillingness to negotiate is another indicator of the same attitude.

It will be compelling to see how the US President strikes a balance between keeping the international order intact and yet pacifying the East Asian ‘problem child’.