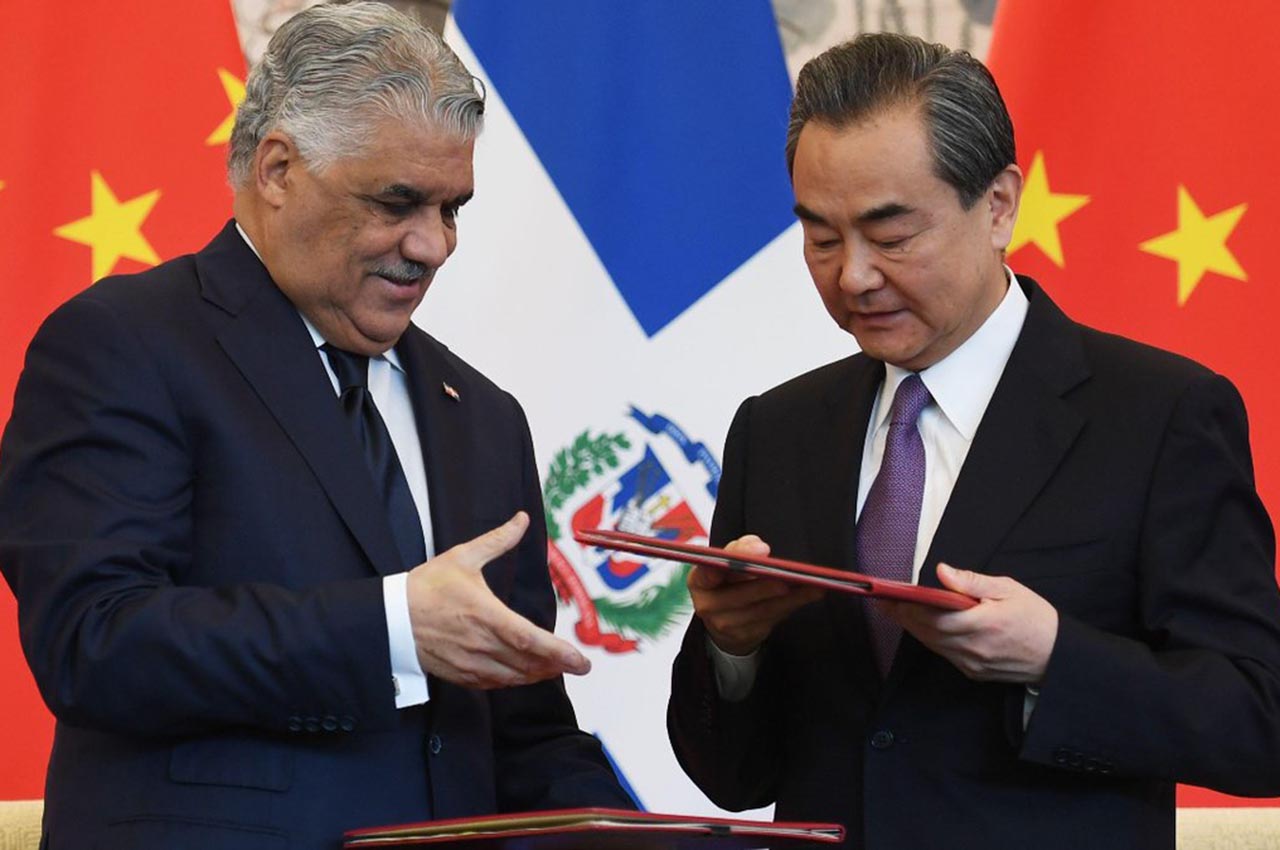 After the Dominican Republic switched its allegiance to China, giving a diplomatic blow to Taiwan, an official from Taipei has accused China of dangling the Caribbean nation.

China offered the Dominican Republic a $3.1 billion package of investments and loans to get them to sever ties with Taiwan, a Taiwan official said on Tuesday.

China, rejecting the accusation said that there were no economic pre-conditions.

Taiwan, claimed by China as its own, has formal relations now with only 19 countries, many of them poor nations in Central America and the Pacific like Belize and Nauru. China says Taiwan is simply a wayward province with no right to state-to-state ties.

China and Taiwan have tried to poach each other’s allies over the years, often dangling generous aid packages in front of developing nations, though Taipei struggles to compete with an increasingly powerful China.

Last year, Panama ended its long-standing relationship with Taiwan, which was a major diplomatic victory for China. The Vatican is possibly next on the list, as the Holy See and China edge closer to an accord on the appointment of bishops in China.

The news on the Dominican Republic switch, announced in both Beijing and Santo Domingo, drew strong and swift condemnation from Taiwan Foreign Minister Joseph Wu.

“(Taiwan) strongly condemns China’s objectionable decision to use dollar diplomacy to convert Taiwan’s diplomatic allies. Beijing’s attempts at foreign policy have only served to drive a wedge between the people on both sides of the Taiwan Strait, erode mutual trust and further harm the feelings of the people of Taiwan.”

China’s Foreign Ministry said the move was a political one with no economic pre-conditions, but that now they have established ties, China will “proactively promote mutually beneficial cooperation in all areas”.

Taiwan’s presidential office said that despite the severe challenges, the government would not bow its head in pressure to Beijing, and vowed to do all it could to protect Taiwan’s interests.

The Taiwan official said the Dominican Republic move was not unexpected. “We’ve always known things were not looking rosy here,” the official added.

The Dominican Republic justifying its decision in an official statement said that it had taken the decision after a long process of consultation, taking its needs and potential into account.

It also said that even without formal diplomatic ties, China was already its second largest supplier of imported products.

Espinal said that the government was grateful to Taiwan.

“We are deeply grateful for the cooperation we’ve shared for years,” he said. “However, history and the socioeconomic reality force us now to change direction.”