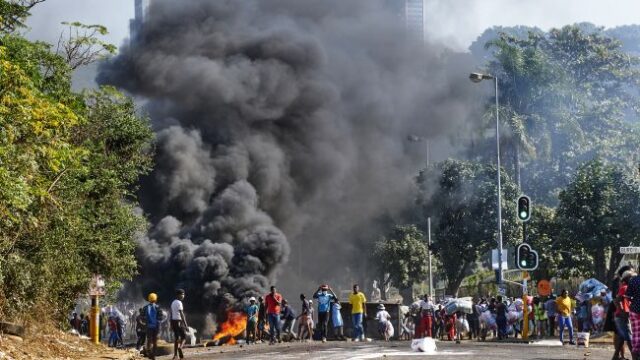 South Africa is witnessing its worst violence in years. Fighters linked to Al-Qaeda and ISIL have been carrying out attacks in Burkina Faso and Mali and Niger killing hundreds of civilians. The crisis began in the region with unrest in Mali in 2012 when President Amadou Toumani Toure was overthrown by a military uprising. Militants took over and started a continuous wave of insurgencies. The poor governance, poverty, and corruption led to the exploitation of these communities at the hands of these militant groups.

In one of the attacks in the northern town of Arbinda, rebel fighters killed 47 people including 30 civilians, 14 soldiers, and three pro-government militiamen. As per the media reports, the government authorities killed around 16 rebels which were later denied by the security reports stating the number to be 50. Western Niger has been facing such attacks since 2015 when an armed campaign began to spread from Mali. In March too, 66 people were killed in Darey-Daye by the rebel fighters.

On 9th August 2021, more than 51 people were killed in northern Mali by Jihadists who attacked three villages near the border with Niger. According to the security officials, militants on motorbikes entered the villages, killing and burning the houses. Later, a Malian army patrol was sent to the affected areas to take control of the situation. Another report stated that 20 civilians were massacred in Karou, 14 in Ouatagouna, and the others in the hamlet of Daoutegeft.

Recently, Niger declared 48 hours of National mourning as rebels got the lives of 37 people, among which included 4 women and 13 children. According to the reports, flags were flown at half-mast across the country, and silence was observed in offices.

In another incident of communal violence on Tuesday,12 people were killed and dozens were wounded as violence erupted in the Fra north region, which island between Nigeria to the west and Chad to the east. Although clashes between ethnic groups are rare in Cameroon they do happen. The regional Governor Midjiyawa Bakari said that the fight began when Muslims built dams to divert water to catch fish. This location is also the place where ethnic Arab Chao herders take their cattle for watering. Further, the clashes led to the fleeing of 10,000 Cameroon nationals into Chad as the clashes between the two communities enhanced further.