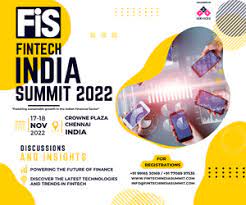 National Investment and Infrastructure Fund Limited (NIIFL), controlled by the Government of India, inked a Memorandum of Understanding (MoU) with the Japan Bank for International Cooperation (JBIC) to facilitate and promote Japanese investment in India. A partnership framework has been outlined in the MOU between NIIFL and JBIC, which is considering the establishment of a bilateral India-Japan Fund (IJF). In a statement by NIIFL, the government of India and JBIC announced that they would invest in the India-Japan Fund, which will make equity investments in low carbon emission strategies and environmental preservation. IJF will also facilitate collaboration between the two nations by investing in strategic partnerships between Indian and Japanese companies and promoting business cooperation across multiple sectors in India. According to people aware of the development, the partnership is aiming to invest around $500 million to $700 million in the IJF.

In addition to these, JBIC will take into consideration providing debt financing under their initiative of “Global Action for Reconciling Economic Growth and Environmental Preservation” (GREEN) to investee companies of funds that are managed by NIIFL. NIIFL is a collaborative investment platform for both Indian and international investors that is anchored by the Government of India. $4.3 billion of equity capital commitments are being managed by NIIFL across its three funds: the Fund of Funds, the Master Fund, and the Strategic Opportunities Fund.

NIIFL is already an active investor in climate-friendly and sustainable technologies and solutions through its investments in IntelliSmart Infrastructure, Ayana Renewable Power, the Green Growth Equitable Fund, and Ather Energy. Further, the India-Japan Fund will contribute to the NIIFL, which will create a more significant impact in this area.

Sujoy Bose, the Managing Director and Chief Executive Officer of NIIFL, commented on this partnership, saying she was delighted to be a partner with JBIC on this initiative. The energy transition and climate sector in India will offer remarkable investment opportunities, and the India-Japan Fund, which is expected to be operational by the beginning of next year, will participate in these opportunities and endorse collaboration between Japanese and Indian companies. Sujoy Bose expressed that through this partnership, they have aimed to support the economic and environmental cooperation between Japan and India, which should lead to increased investment by Japanese companies and investors in India.