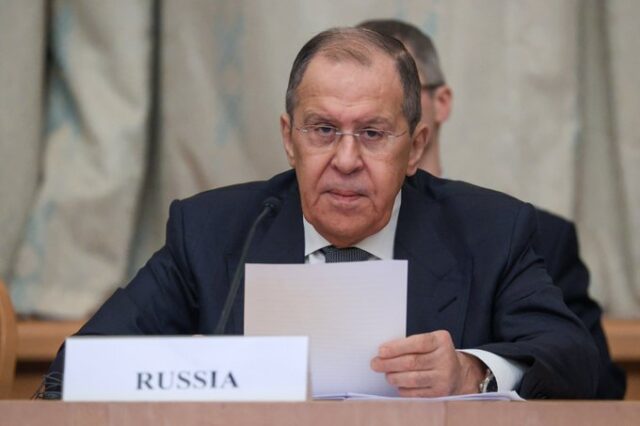 Russia and the Taliban delegation met on 20th October 2021 to formally discuss the situation and understanding of the activities in Afghanistan. This was the third meeting of the Moscow Format Dialogue on Afghanistan and the first after the Taliban’s takeover of Kabul. The meeting also saw participation from special representatives from India, China, Pakistan, Iran, Tajikistan, Uzbekistan, and Turkmenistan, Kazakhstan, and Kyrgyzstan and a high-level delegation from the interim Taliban government. Russian Foreign Minister Sergey Lavrov during the meeting highlighted the importance of sustainable peace in Afghanistan and that an inclusive government should be formed which reflects the interest of all ethnic and political forces. He stated that “On the one hand, the new balance of power in Afghanistan which took root after August 15 has no alternative in the foreseeable future. On the other hand, the lack of official recognition in the international arena, problems in the socio-economic and financial spheres, and the humanitarian challenges faced by the new Kabul government indicate that the current state of affairs cannot yet be referred to as stable.”

He further stressed the growing threat of terrorism and drug activities in Afghanistan. He called on the Taliban to make sure that their land is not used for violent activities and taken advantage of by the groups like Al-Qaeda and ISIS and use it, especially against its immediate neighbours, the Central Asian countries. He also emphasized the need for providing efficient financial, economic and humanitarian aid to the country. As the living conditions of the Afghans are deteriorating and that it may further get worse in the coming days due to the people’s inability to make a living, the Foreign Minister urged the Taliban representatives to do the needful required to change the present situation. Also, it was mentioned that another batch of humanitarian aid will be sent to the Afghan people. He further has highlighted the need for the United Nations to play a central coordinating role in pooling international efforts on the Afghan situation.

Further, the Taliban was called upon to practice moderate and proper internal and external policies and to adopt friendly policies towards neighbourhood countries and achieve shared goals of sustainable peace, security, safety, and long-term prosperity and respect the rights of ethnic groups, women, and children. Also that the decision to continue full-time education by Afghan students admitted to study at Russian universities will be seen as an important step to bring stability to the talks.

Russia declared that it is important to achieve sustainable peace in Afghanistan especially for regional peace and stability and that they will continue to talk to the Taliban about the same. Russia has reaffirmed its commitment to work towards creating a peaceful, indivisible, independent, and economically developing Afghanistan that is free of terrorism and drug-related crime and respects basic human rights norms.
Source – Embassy of the Russian Federation in the Republic of India