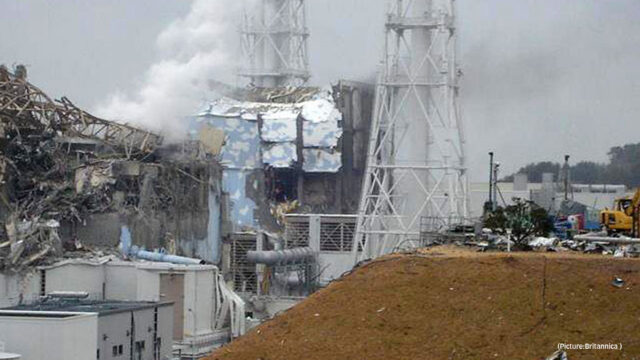 Japan has decided to release more than one million tonnes of water from the Fukushima nuclear station into the sea, the government of Japan said on April 13.

Tokyo Electric Power Company Holdings Inc (Tepco), operator of the now destroyed Fukushima plant, will begin pumping out water in about two years after treatment. The company plans to filter the contaminated water to remove isotopes, leaving only Tritium, a radioactive isotope of hydrogen hard to separate from water. The treated water will then be diluted until Tritium levels fall below regulatory limits and then release into the ocean. Tritium is considered to be relatively harmless because it does not emit enough energy to penetrate human skin. The entire process is estimated to take decades to complete.

The 2011 earthquake and tsunami damaged electricity and cooling on the nuclear plant. Since then, Tepco has been using a makeshift system of pumps and piping to inject water into damaged reactor vessels to keep melted uranium fuel rods cool. The water is then stored into huge tanks which now hold about 1.3 million tonnes of radioactive water. The annual costs of water storage is estimated at about 100 billion yen ($912.66 million).

Japan’s neighbouring countries including South Korea and China have expressed discontent on this decision.

“It would be difficult to accept if Japan decides to release the contaminated water without sufficient consultations,” the Government of South Korea said in a statement.

The United States has supported this decision.

“In this unique and challenging situation, Japan has weighed the options and effects, has been transparent about its decision, and appears to have adopted an approach in accordance with globally accepted nuclear safety standards,” the US Department of State said in a statement.

Fishing unions in Japan have also opposed the move to release the contaminated water. Since the accident in 2011, the fishing unions have actively campaigned to stop Japan’s government from releasing the water. Many environmental organisations have also expressed concerns over the plan to release water in the ocean.