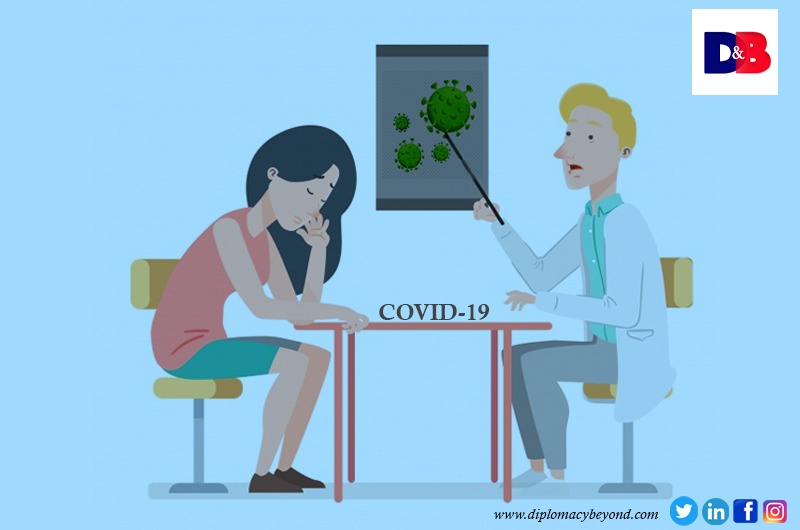 For the last 60 days and more, life in India has come to a complete standstill. With people being forced to reside in their abode and indulge in household chores and work commitments with a pointed objective to curtail the spread of coronavirus far and wide. This leads to raising doubts on India’s preparedness for Covid-19 especially the apologetic public health care system and measuring the temperatures of mental health. This article categorically focuses on understanding the mental illness associated with the global pandemic and how Indian health care system is   trying to find solutions to the Corona outbreak. It also leads to asking bigger questions, is India ready to face another global pandemic in the near future?

It’s an accepted fact that India’s growing population will never be able to meet the requirements   of the public health care system. The same has been reiterated by our Honourable Prime Minister, Narendra Modi, Doctors, Health experts, newspaper reporters and others. The virus which emerged from the Wet markets of Wuhan, China in December 2019 has become a Juggernaut in hampering lives, depleting economies and stagnating the moral-social fabric of societies. As per the Government sources, the first case of Corona virus was reported in India on 30th January  2020 and since then there has been a surge of cases. Some of the most aﬀected Indian states are Maharashtra, Delhi, Rajasthan, Uttar Pradesh, Punjab and others.

As of 28th May 2020, there are 1,59,000 confirmed coronavirus cases; out of which 67,929 recovered and 4,541 deaths. The pace of recovery has been slow but what is India’s most haunted dream is relapsing of the recovered patients into Covid positive cases again. Newspaper reports from South Korea, Brunei, even Singapore aﬃrm that more than 200 patients have been tested positive for Coronavirus again. If similar cases happen in India, then certainly it’s a ticking bomb on the country’s ill-equipped and supremely under funded public health care system.

The Indian space is currently arguing between two streams of thought: either the numbers are not being portrayed correctly or else rapid/ random testing hasn’t been taking place, especially in hotspots areas such as Delhi, Maharashtra, Telangana and others. The former point was acknowledged by Government sources and at least the Chief Minister’s online press conferences categorically state that more test kits have been ordered and hotspots within the states are being constantly monitored through drones and other surveillance devices. The missing point here is  that individuals do not necessarily come forward and report to nearest healthcare centres as the symptoms of Covid are almost alike as that of Common Flu.

Primarily because of the stigma attached to being reported and identified as a Covid patient and families are put into forced quarantine habitation. On this line of fire, there are Cabin Crews, Doctors and other frontline workers who have reported loss of self respect or esteem and forced humiliation by neighbours and even by recognized government bodies such as Resident Welfare Associations (RWAs). The mental and physical harassment is such that they have been evicted from their rental abodes followed by vandalism of private property in metropolitan cities of Delhi, Gujarat and Bangalore. Our mental maturities are so skewed that we as Indians fail to recognise and even appreciate those workers who are risking their lives and even putting their families at  risk are facing such high levels of humiliation and loss of self respect.

The very idea of being forced into isolation has not been attached to nothing but demeaning of  self respect, stigma and mental harassment leading to depression, withdrawal symptoms and

even fleeing from quarantine centres. These clouding of thoughts has resulted into overlooking   the fact that saving life is less important than upholding self respect/ esteem.The recent case in Bangalore, Karnataka reports that individuals have fled from Quarantine centres, have manhandled the police force and creating nothing but ruckus and havoc in the public space. How will India manage to deal with Covid crisis on one hand and imposed mental agony and pain on  the other hand?

Well, the health awareness campaigns have already been started by the Indian government in utilising the power of ASHA (Accredited Social Health Activists) workers and other health workers to spread awareness on Coronavirus symptoms. Technology has also played a fruitful role especially the ‘AarogyaSetu Application’ and awareness campaigns through phone calls enlightening the netizens about the case. Although the eﬀorts of the Government are commendable, but still it leaves with an ample of lack of reporting especially in areas where informal worker/ migrants are residing, posh societies where families prefer to brush it under the carpet due to the fear of ostracisation from their social circles and all. The very fact of being judged by the other has become a major barrier before being reported as a confirmed case of a suspect. After-all, the Indian case of self respect derives from economic status and social standing within the peer circle.

We need to involve psychiatrists, counsellors and even media reports who can help in breaking  the mental blockade and help the citizens in work alongside the government in reporting or identifying Covid patients. Resident Welfare Associations (RWA’s) in India through their communication channels can also help in spreading awareness on the issue and even organise campaigns for sanitation workers and residents too. Even young political aspirants can use the power of social media to make a diﬀerence.

Well, for the second question, India’s growing population’s demand will always fall short of  fulfilling the needs of the public health care system. In addition to this, India spent only 1.28 per cent of its GDP (2017-18) as public expenditure on health. While India’s per capita public expenditure on health has increased more than twice from Rs 621 per person in 2009-10 to Rs 1,657 in 2017-18, it still remains very low compared to other countries. The United States spends the most on public health — 18 percent of its GDP, which is over USD 10,000 (nearly Rs 700,000), per person a year. The Narendra Modi government has aimed to raise expenditure on public health services to 2.5 per cent of the country’s GDP by 2025. With such low expenditures, India’s road map to dealing with the health crisis at present or even in future appears bewildering and a daunting task.

Moreover, private hospital medical expenses continue to surge ahead of public or government aided hospital bills. It puts a huge section of the population at the mercy of generic medicines and mostly importantly the hope to survive. In case of the Covid outbreak, Indian States overnight turned stadiums, hotels, restrooms, railways coaches into quarantine centresbut then will this be enough to meet the demands of a growing population. Governments can ensure that pharmaceutical companies and India Inc can join hands with the authority and establish hospitals or even construct isolation wards for such pandemics in the future. At the same time, India also needs Health Insurance (similar to United Kingdom’s National Health Service) for all irrespective of economic status. The Make in India Campaign under the aegis of the Modi Government can be used to manufacture surgical kits, medical equipment, masks, protective suits for doctors, medicines and many more. Media and other communication channels must encourage denizens  to practice proper health hygiene.

Apart from this, expenditure in core sectors of economy such as Trade, Technology and Defence are important but then the health sector is equally significant. If such pandemics keep occurring every