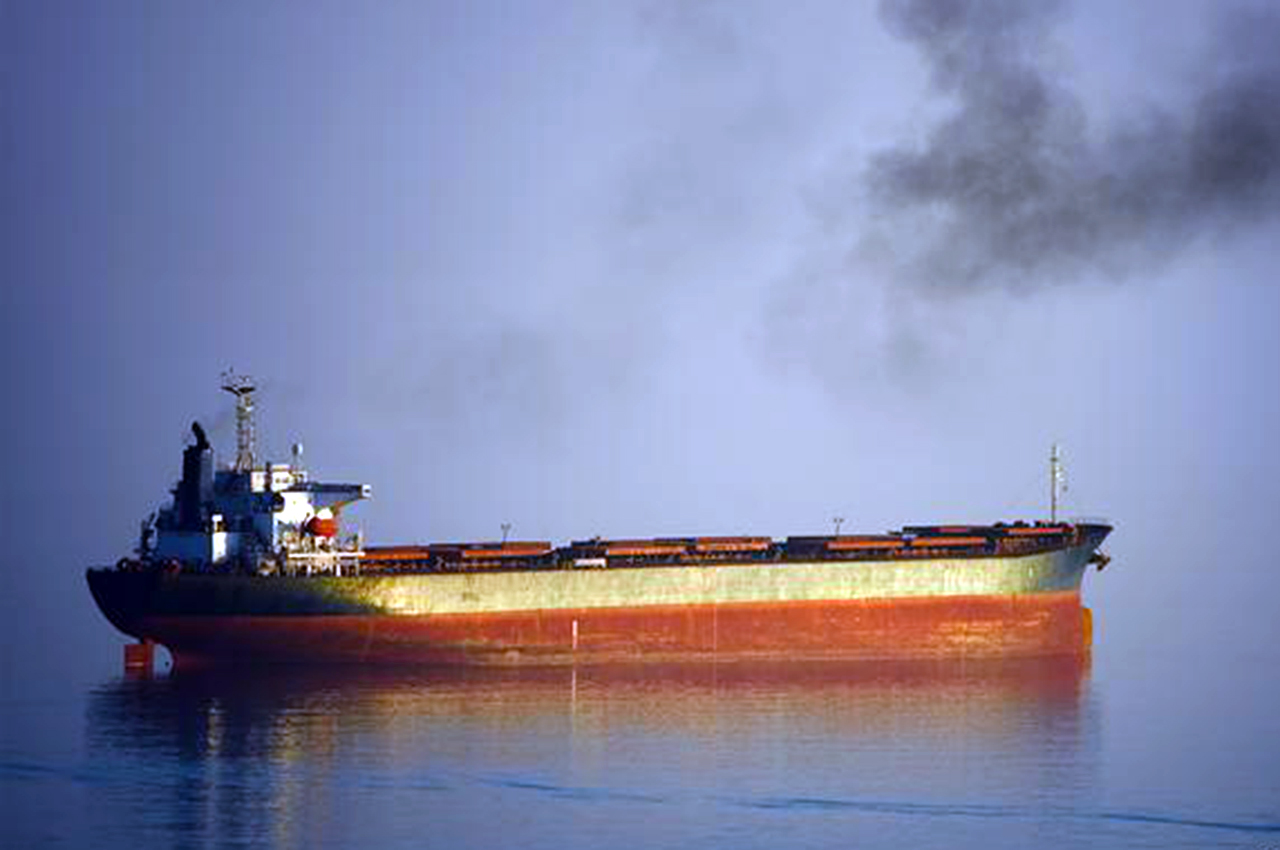 New Delhi: Pirates had freed an oil tanker which was carrying 22 Indian crewmen and 13,500 tonnes of gasoline, the  ship went missing last Thursday, according to Hong Kong-based Anglo-Eastern, who was managing the ship. All crew members are safe and well and the cargo remains on board, as per the information was given by Shipping Company. The Marine Express tanker was missing in the Gulf of Guinea after contact was lost in Benin.

As per the experts, the Gulf of Guinea has become an increasing target for pirates who steal cargo and also demand ransoms. Ships in the area were the target of a series of piracy-related activities in the year 2017, according to a January report by the International Maritime Bureau (IMB), which emphasized upon the point that the waters off West Africa are an area of growing concern.

The ship was carrying $8.1 million dollars (€ 6.4 million) worth of gasoline. The Indian Ministry of External Affairs, the oil tanker, “Marine Express,” went missing off the Benin coast in the Gulf of Guinea on February 1. India’s Directorate General of Shipping was in contact with authorities in Nigeria and in Benin since Sunday, in efforts to determine the location of the tanker and crewmen. 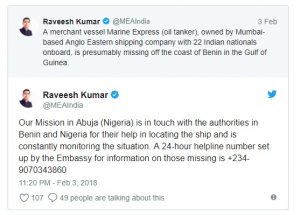 This was confirmed by Ministry of External Affairs, India spokesperson, Raveesh Kumar. He also had confirmed that a 24-hour hotline was set up by the Indian embassy in Nigeria to get information about those who were missing. After six days the crewmen are reported to be safe and sound. Indian media had reported that it was the second ship to go missing in this area in the last month. 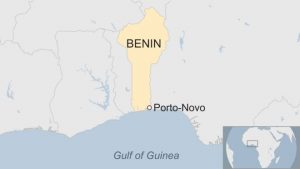 The ship which was earlier hijacked was named “MT Barret”. It was hijacked by pirates in January this year, but the crewmen, who were mostly Indians, were released six days after the amount of ransom was paid. Precautionary measures are taken in the region and also the Nigerian authorities have asked all concerned personnel and workers to report any sightings of the missing tanker to the International Maritime Bureau’s (IMB) Anti-Piracy Reporting Centre in London immediately.