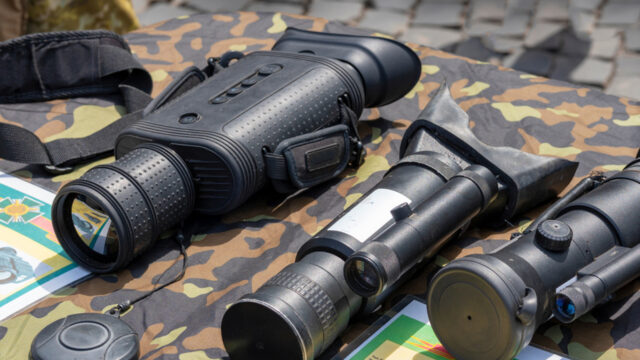 Indian Ocean Rim Association was born to develop a socio-economic cooperation in the Indian Ocean Rim region. Amongst the members, India and France enjoy a special status with respect to their defence capabilities. The Stockholm International Peace Research Institute reported in 2020 that India figured at number 23 in the rankings of the defence equipment exporters in the world. India has transitioned from being a mere spectator in the politics, to being the leader of the Third world to the current position it enjoys as a stakeholder in the global affairs. While it remains amongst the top three importers of arms, its entry in the exporters club is a big achievement. This article looks at the process and impacts of the same.

The “Make in India” project was launched in 2014 to attain self sufficiency in 25 sectors in order to generate jobs and economic opportunities. The focus on defence evolved as an important forte in the midst of the cynicism that followed the project. The Defense Expo held on 5-8 February 2020 in India proved otherwise. At the exhibition held in Lucknow, Prime Minister Modi stated that India aimed to undergo a digital transformation in the defense sector and touch atleast USD 5 billion in five years.  The exhibition displayed its “military might” to the world. The participants included delegates from around 70 countries and it showcased a huge variety of aerospace, defense and security technologies and investments. The aim was primarily to highlight the Indian capability as a defense exporter. The turn out at the event spoke volumes of the progress being made.

Keeping the goals in mind, the announcement of the Indian Defense Budget 2021 was extremely relevant due to the 1.4 % hike it displayed. It is the highest ever amounting to a total of Rs 4.78 lakh crores and is estimated to be among the top five countries in terms of the defence expenditure.

The reasons that have contributed to Indian inclination towards defence export include economic, political and strategic reasons. India has emerged as a global market as well as service provider for the world. It proximity to China makes it even more interesting for its political evaluation and as a consequence makes it a strategically important player. Its ambitions of being an exporter of defense equipments materialised gradually with the current clientele in more than 40 countries.

Recently, the Defense Research Development Organisation (DRDO) released a list of 156 military items that were cleared for export.  The Union Minister of State of Defence Mr Shripad Naik released a compendium incorporating the “DRDO Products of exports”. This was done to increase the transparency in the field. It showed the diverse accomplishments India made in the field from missiles to kits. Dr G Reddy, the Chairman of DRDO stated that India had developed complex technologies in defense equipments and was already exporting to several countries with the possibilities of customisation.

These developments were also made in context of the policy of “Act East”. The increasing importance of the Indo-Pacific region led India to consider stronger security based relations in the geography which saw a gradual rise of China. The export of defence will provide that opportunity. The IORA (Indian Ocean Rim Association) too emerged as an important organisation for collaborations to promote regional cooperation and sustainable development in the region.

The major exports made by India in the IORA region are to Sri Lanka, Maldives, France, Mauritius and UAE.  Mr Rajnath Singh, the Defence Minister of India in his address to the press, emphasised the efforts being taken between India and France to infuse technologies and make India the base for production of defence equipment. In fact, he discussed the tax subsidies and measures that the Indian government was undertaking to promote the same.

Australia and India are both working towards indigenization of the defence industry and there have been talks of collaborations between the Australian Defence Science and Technology Group and the India Defence Research and Development Agency to start a combined project for the same. In fact on 4 June 2020, India and Australia signed two Defence agreements. The first was the Mutual Logistics Support Agreement which provided a framework for depper defense cooperation between the two countries. The second was the Science and Technology Implementing Agreement which focussed on science and technology centric organizations in the two countries. Australia sees India as a critical security partner to promote a peaceful Indo Pacific region.

Indian rise in the Rim

According to the press statement made public by the Indian government, the Indian Surface to Air Missile Akash with a range of 25kms received interest from several countries. Unlike the earlier exports in the sector which was confined to mere parts and components, Akash was a big step. There was also interest shown in the Coastal surveillance systems , radars and air platforms.

India held a Defence Cooperation Dialogue with Maldives in January 2019. Since 1998, defence has been a major area of cooperation between the two countries. India engages in the training of the Maldivian National Defence Forces and equipment exports. The key projects between the two countries include Coastal Radar Surveillance system and construction of a new Ministry of Defence quarters. India and France enjoy a strong strategic relationship.

The Indian rise as an exporter in the defence sector is a strategy that combines several components. It announces Indian entry in the ‘hard’ area as a self sufficient power. It will eventually reduce the Indian dependency on others considering it is one of the top importers. It has a deterrent effect on the neighbours and will help curtail the Chinese influence.

The Indian emergence as a defence exporter has positive and negative implications. There is much scope for Research and Development in the field. The economic burden of making such complex equipments will be difficult to compensate. The competition in the market is even more due to the gap in the capital as well as technology already at play.

The rim of the Indian Ocean is definitely crucial. The Indian efforts will give it the much coveted status of being “atma nirbhar” in terms of defence equipment and technology in the region as well as the world.