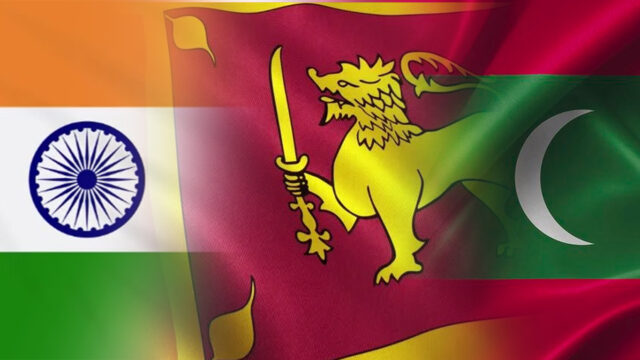 In a major chapter in cross-regional cooperation, officials of India, Sri Lanka and Maldives have decided to share maritime intelligence.

The statement on cooperation was made by the Indian Navy Chief Admiral Karambir Singh. Admiral Singh made the statement at the Goa Maritime Conclave on “Maritime Security & Emerging Non-Traditional Threats.”

The Naval chief highlighted the need to cooperate and coordinate among Indian Ocean littoral states to tackle threats arising from non-state actors.

Interacting with media persons on the side lines of the conclave, the Admiral said that India, along with Sri Lanka and Maldives are going to have focussed operations to share intelligence from such threats and optimize the usage of each of their assets to contain non-state actors.

The Indian Naval Chief also added that friendly countries in the Indian Ocean Rim (IOR) are working to infuse collective maritime competence. This would happen when countries share their resources and expertise. Towards that goal, India has offered to train maritime officials from other countries.

The Naval chief said that if any of the IOR countries seek to enhance their capabilities, India is open to help them with shipyards and train personnel at the Naval Academy in Ezhimala.

As the IOR region is vast, that’s why states would require to come together to build collective competence, said Admiral Singh.

It may be noted that the decision to share intelligence among India, Sri Lanka and Maldives was taken at the Colombo Conclave in November 2020. At the conclave, Ajit Doval, India’s National Security Adviser (NSA), Maldives Defence Minister Mariya Didi and Sri Lankan Defence Secretary Kamal Gunaratne had issued a joint statement highlighting the same. The decision to share intelligence was the outcome of the meet, happening after a gap of six years.

The focus to increase cooperation was first ideated in 2011 by the current Sri Lankan President Gotabaya Rajapaksa, who was then Sri Lanka’s Defence Minister.

Early this year, in August 2021, officials of these three countries decided to work together to strengthen the “four pillars” of security – that includes maritime security, human trafficking, counter-terrorism and cyber security.

At the Goa Conclave, the Admiral spoke about the need to stop criminals from using the vast maritime for drug trafficking. Income generated from such activities are used to fund terror by groups like ISIS.

“The ISIS and the Taliban, since a lot of funding has stopped, most of their income is through drugs trade. This drug trade moves from the Makran coast, heads to the east coast of Africa, then moves east through all the Island territories which are basically tourism-oriented economies, comes to Sri Lanka, to India and of course goes out to the world. We are, for example Maldives, Sri Lanka and us, we are going to have focussed operations where we will deal with these as soon as the intelligence comes,” Admiral Singh said.