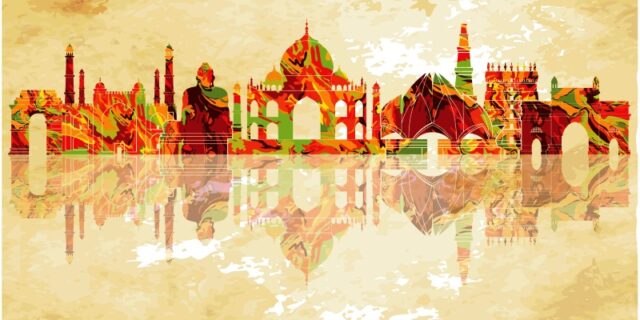 India has decided to re-open for foreign tourists after 19 months. This will be the first time the country will allow foreign tourists to enter the country since March 2020 when it imposed its first nationwide coronavirus lockdown. According to official data, fewer than three million foreign tourists visited India in 2020, which had dropped to more than 75 percent as compared with 2019. Easing on the restrictions; the country is all set to welcome people from across the globe. According to the reports, the officials have stated that foreign tourists will be able to come to the country on regular flights starting from November 15 and that it will also clash with the festive season as well as the domestic tourists of the country. Previously, restrictions on most categories of foreign visas, such as diplomats and businesspeople, had been gradually lifted but the tourists have remained barred even as most economic activities resumed in the country. The basic condition for the same is that they should be fully vaccinated and tested negative for the virus within 72 hours of their flight, whether these tourists will be quarantine or not are yet to be cleared by the officials. The Home Ministry on Thursday last week has stated that “After considering various inputs, the MHA (home ministry) has decided to begin granting fresh Tourist Visas for foreigners coming to India through chartered flights with effect from October 15, 2021.”
The decision to reopen the tourism sector comes as the daily percentage of infected people has dropped from 4000,000 people in May to below 20,000. India has already achieved the target of more than 970 million vaccine doses and at least 70% of the adult population have had one of the two doses. But the high time of festive season clashing with the timing of opening season of tourism have raised major concerns about the future conditions of the situation. Further, recently the Indian Council of Medical Research which is India’s premier medical body, has cautioned that “revenge tourism” could lead to a surge in COVID-19 infections if tourists don’t strictly adhere to safety protocols.
Tourism has always been important for the country as it stands as the third-largest economy of Asia, with 10.93 million people paying their visits here in just 2019. It has been this sector that has been affected the most during this period and the people in this sector have struggled to stay afloat. With the strict conditions put by the government, it is important for the tourists to follow them and as the sector has opened up again it surely will bring stability for the people who have been part of the sector.

India Plans to Issue e-Passports to its Citizens Starting this Year: Muraleedharan