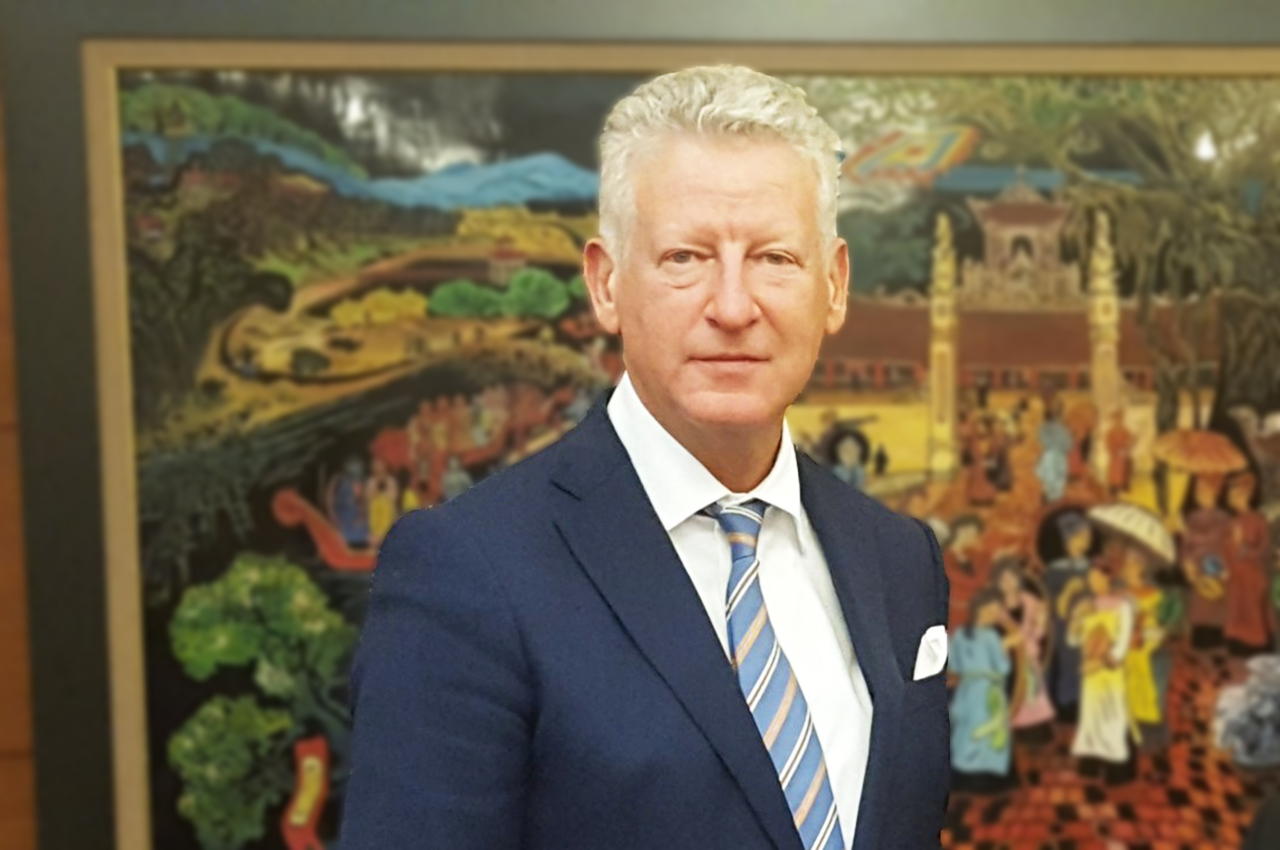 In an interview with Diplomacy & Beyond, Honorable Secretary of State for Foreign Trade Mr. Pieter De Crem shares his views on the recently concluded State Visit of King Philippe and Queen Mathilde of Belgium. India is Belgium’s second largest export destination outside the European Union while Belgium is India’s second largest trade partner in the European Union. Here are the excerpts..

Our bond goes back much longer than 70 years. We will never forget the Indian soldiers who fought for our freedom and more than 9,000 of which lost their lives in Flanders Fields during the First World War. Belgians like Father Kamiel Bulcke, a Belgian Jesuit missionary in India, attained pre-eminence in the Hindi language and came to be known as India’s most famous Christian Hindi scholar.

Sister Jeanne Devos has spent her adult life serving the neediest people in India. She founded the National Domestic Workers Movement and for her work, has been nominated for the Nobel Peace Prize. Their Majesties the King and Queen visited her project in Mumbai during the recent State Visit. President Mukherjee visited Belgium in October 2013 for the opening of Europalia- India festival.

In 2013, Princess Astrid headed a Princely economic mission with 344 participants. Minister of State for External Affairs VK Singh visited Belgium in 2014 for the commemoration of WW1. Prime Minister Modi visited Belgium in
March 2016. Academical, cultural and economic cooperation between India and Belgium continues to increase.

India and Belgium share historic bond. Their Majesties the King and the Queen had meetings with the President and Prime Minister, and many other Indian political leaders, academics, business leaders, and citizens. A strong bond requires easy and frequent contacts and this is exactly what we wanted to achieve with this State Visit: bringing together decision makers, political authorities, business leaders, innovators, and great minds to exchange ideas, to talk about projects and to discuss opportunities.

My main objective is to give our companies all possible support in their process of internationalizing. Exporting to and investing in other countries (certainly outside of the EU) implies different challenges. This is why we provide all possible support to them and one of our best instruments to achieve this are the State Visits and economic missions.

Not only do our companies get the privilege to meet so many Indian decision makers, they can also exchange experiences and knowledge with other Belgian companies that are already active in India, sometimes even
for decades.

The past few years, in particular, our ties have become significantly stronger thanks to the many exchanges, personal meetings, and economic visits. The launch of a direct connection between Mumbai and Brussels, provided by Brussels Airlines and Air India, also greatly simplifi ed business exchanges.

India is one of our most important non-EU partners. Yet, I think the most important economic objective of this State Visit was to explore new opportunities and in this way diversify our economic cooperation. Today, our bilateral trade is largely dominated by trade in diamonds.

This is a good thing, yet, it also makes us susceptible to fluctuations in this particular market. We obviously want our diamond trade to further increase, and it is also our aim to strengthen other sectors and to establish new forms of cooperation.

There are many sectors in which our countries can build a strong experience and where our companies can only benefit from the exchange of know how and best practices. Such a close cooperation is made possible because the context in which Indian and Belgian companies operate, demonstrates many similarities. Both our economies are very open and strongly focused on foreign trade. Indian and Belgium thank their prosperity to their geographical key position in the world and their smooth maritime connections and world ports. This has increased sharped competition and forced our companies to innovate and modernize, making them pioneers in so many different fields.

The B2G principle brings our companies to the highest political level. This makes it easier for them to demonstrate their knowledge and expertise and in this manner, decision makers become well aware of the role Belgian companies could play in the plans they have for their country. In this way, this is a win-win situation. The Belgian companies that are investing in India are also active in various economic sectors such as the diamond industry, food and beverage, logistics, manufacturing and capital goods, pharmaceutical sector, medical devices, engineering, renewable energy, dredging and financial services.

In the period starting from 2000 to 2016, Belgian foreign direct investment has increased to 1058 million US dollars. This makes Belgium the 10th most important investor in India among the EU-countries.

The sacrifices of more than 9,000 Indian soldiers who lost their lives in Flanders Fields is still commemorated very strongly in Belgium. We will never forget the crucial role of India in defending and liberating our country in one of the darkest chapters of our history.

Also in recent times, both our countries have been the victim of terrorist attacks. During the State Visit, we held a moment of silence in Mumbai to honor the victims of the 2008 attacks and Prime Minister Modi visited Belgium only one week after the terrorist attacks in Belgium in March 2016.

The fight against terrorism is a worldwide fight and we have to work together with like-minded countries to try to make the world a safer place. During my tenure as Belgian Minister of Defense, Indian and Belgian soldiers have been deployed side by side, for example in the context of the UN peacekeeping mission in Lebanon.

During the State Visit and my other missions to India, I always witnessed a huge will to further expand and strengthen our bilateral economic relations. India is a country that has a will to push the boundaries of innovation in order to create new opportunities and prosperity for its people. It is a country that will continue to grow and play an ever-increasing role in the world. So it is a pleasure to witness that India and Belgium share the same objectives and face the same challenges that we continue to tackle together.

More than 1,000 Belgians are living in India and they form a thriving community with a passion for the country. They represent the image of Belgium in India and play an important role in the economy and academic institutions of India.

I want to thank them for their role in bringing our countries closer together. It is also a pleasure to hear from the Belgian residents that I have met the positive echoes of the Indian hospitality and friendship.

This State Visit was certainly a highlight of the Indo-Belgian relations. It succeeded in bringing two partner countries even closer together. We have so much to offer to each other and will become even stronger partners in this 21st century. India is one of the major players in Asia and its importance will only continue to increase. Belgium truly lies at the heart of Europe and is the best possible access point to the European Union. These 70 years of diplomatic relations are only the beginning of a close partnership between both the countries.

I thank all readers for the warm welcome we received in India and assure all of them that they will get an equally warm welcome when they visit Belgium, whether it is for business or tourism.