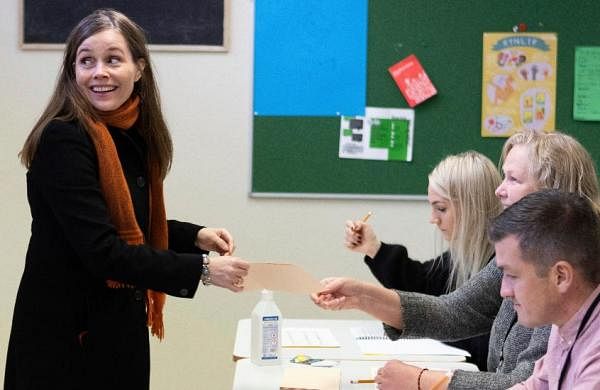 Iceland became an independent republic in 1944 and became one of the world’s most prosperous economies. But this stability was short-lived when its baking system in 2008 collapsed. After this incident slowly and gradually the country has managed to come out of this and developed the economy into new areas. A sparsely-populated North Atlantic island, Iceland is legendary for its hot springs, geysers and active volcanoes.

On 26th September 2021, Iceland celebrated the electing of the female majority parliament. Yet the celebration was short-lived as the recounting of the votes changed the above scenario. The initial counting had female candidates winning 33 seats which constitute 52% in the country out of the total 63 seats. But later the recounting declared the number of seats won by the female to be 30 seats. Although the difference wasn’t much it changed something that could have gone down in the history. Just before the recount, President Gudni Johannesson Stated that “In a historical and international light, the foremost significant news is that women are now first time in the majority in the Icelandic parliament and a first in Europe. This is good news.”

According to the data by the Inter-Parliamentary Union, no European country has breached the 50% threshold, with Sweden coming closest at 47%. Further, only three countries including Rwanda, Cuba and Nicaragua — have more women than men in parliament, while Mexico and the United Arab Emirates have a 50-50 split.The work towards a gender-equal country is not something new. According to the World Economic Forum report released in March, Iceland has long been considered a leader in gender equality and was ranked the most gender-equal nation in the world although Iceland does not have legal quotas on female representation in parliament. Iceland was the first country to elect a female president in the world in 1980. Further, it offers an equivalent leave to both men and women, and its first law on equal pay for men and women dates back to 1961. It even bettered its overall score last year at a time when global progress stagnated during the coronavirus pandemic. The country’s prime minister is also a woman, Katrin Jakobsdottir, a popular politician who led the first government to complete a full term following a decade of political turmoil. Like its model of renewable energy for the world,  Iceland is not very far away from achieving an equal gender-based society which will be the bases of another model for the country to accomplish.