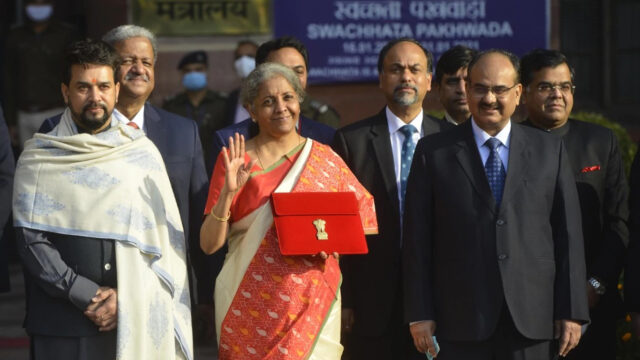 The first digital annual budget announced on 1 February 2021 by Indian Finance Minister Nirmala Sitharaman has caused quite a stir. It has come across as an attempt to cater to different segments of the society. A feature that has been lauded is the budget’s central focus on health care. There has been an increase of 137% in budget allocation for the health and care sector. This has major implication for a world that is still struggling with a pandemic. The Atma Nirbhar Swastha Bharat Yojana was launched that has a budget of Rs 64,180crores. A total of Rs 35,000 crore has been allotted for vaccine developments.

In addressing the lower economic strata, the Atma Nirbhara package was announced counting for Rs 27.1 lakh crore to increase the efficiency of the structural reforms. This was done after keeping the big low that the economy has faced during the COVID lull. Alongwith the PM Garib Kalyan Yojana, the packages and the COVID-19 help systems total up to 13% of the total Gross Domestic Product (GDP).

These aspects indicate an increase in the possibilities of employment creation. A portal is to be launched to keep information of gig and construction workers.

The Foreign Direct Investment (FDI) limit is to increase to 74% from the current earlier 49% in insurance. A Securities Market Code is to be launched and will include SEBI Act, Govt Sec Act and Depositories Act. There were several progressive steps mentioned like strengthening of the Limited Liability Partnership(LLP) Act, one person companies were to be incentivized and mechanisms like e courts were to be set up to settle debt issues. There are no changes in income tax slabs but the customs duty will be increased to help the Make In India campaign. The Fiscal Deficit is 9.5 % of the GDP and is expected to be 6.8% in 2021-2022.

Amongst the educational reforms, schools were focussed upon in tribal areas and even Sainik schools are to be set up.