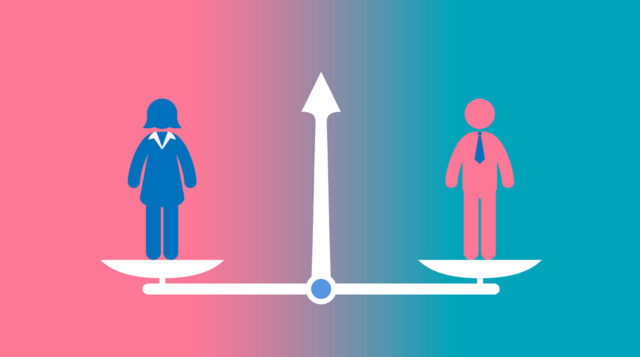 The issue of gender justice is vital for all societies and cultures. Despite the limitations in accessing data for endured discrimination, physical symptoms like depression, anxiety and PTSD in victims have often forced policy makers to stop and ponder over the fair and quick dispensation of such justice. Gendered ideas of right and wrong are nothing new, nor are they restricted to any specific type of people in terms of geography, climate, nationality, ethnicity, religion or socio-economic status etc. In fact it is their endless pervasiveness, which makes them a cause of worry. In the modern times experts have tried to grapple with the question of gender justice with tools that they could handle best. From the position of various genders in religions to their rights in constitutions, the quest for an equilibrium is on. Scholars like Leila Ahmed (Women and Gender in Islam: Historical Roots of a Modern Debate),  Fatima Mernissi (Women in Islam- A Historical and Theological Enquiry and The Veil and the Male Elite-A Feminine Interpretation of Women’s Rights in Islam), Amina Wadud (Qur’an and Woman), Margot Badran (Feminism in Islam: Secular and Religious Convergences), Kecia Ali (Sexual Ethics and Islam) and Zahra Ayubi (Gendered Morality- Classical Islamic Ethics of the Self, Family and Society) etc. have tried to understand the position of Muslim women against a backdrop of the interpretations of the Quran, hadis and sunna. Such writings have helped sustain the strain of feminism in general and what can be loosely called Islamic Feminism in particular. In context of Qatar, a Qatari sociologist, Kaltham Ali Al-Ghanim has done pioneering work in this field. She is a professor of Sociology at the Centre for Humanities and Social Sciences, College of Arts and Sciences, Qatar University. Some of her most important studies rest on the lived application of ideas related to gender roles. Moving beyond the realm of philosophy, Kaltham seeks solutions to the challenges that females face in their day to day interactions with men. She also takes note of the nonresistant acceptance of discrimination by women themselves. This happens because often the social vision is blocked by the smoke of stereotypes and the situation ethics of regressive interpretations. Besides her many other writings on the subject, she has worked towards the preparation of what she calls: Arab Adolescents Gender Roles Attitude Scale (AAGRAS). This scale she claims is the first known, valid and reliable unit to measure attitudinal dispensation of the Qatari youth on issues of gendered roles or gender based assignment of rights and duties. Kaltham used the youth for data collection in this study because they, she rightly argues would drive the future of Qatar.

In the beginning of her scholarly article which is co-authored with Abdallah M. Badahdah, ( ‘Gender Roles in the Arab World: Development and Psychometric properties of the Arab Adolescents Gender Roles Attitude Scale’, published online:17 December 2016, Springer Science and Business Media, LLC 2016) she reconstructs a backdrop of the marginalisation of females in critical sectors. She informs that in the Arab World although women have a reasonable rate of literacy, but their drop-out rate is also fairly substantial. She provides data regarding the involvement of women in politics. Their participation began sometime around the 1950s and has been constantly on the rise ever since. There was a time when women had to seek their husband’s formal permission to work outside their home. Although systems like this have become unpopular, yet gender related stereotypes coupled with socially and legally formalised norms and laws still do not allow all women to realise their full potential. She discusses the idea of ‘Hostile Sexism’ and cites earlier scholars who had designed surveys to acquired data regarding the mind-set of people in this matter. Writing about the issue of hostility towards women in authority, she cites a survey from Gaza and West Bank where 79% of 1250 boys and 57% of 1581 girls believed that father should be the main earning member in a family. Another study from Egypt revealed that 92% of young men and 88% of young women, agreed that women should take their husband’s permission for everything. Further, 56% of women and 75% of men believed that in case of a disagreement between a couple, the husband’s opinion should prevail. Although the data of such surveys may not be a mirror image of the reality but it does give a sense of the direction in which the slant is. Alarmingly, almost all over the world the slant is tilted towards the marginalisation and subjugation of women.

In her study related to Qatar a brief, psychometrically sound, self-report measure of Arab youth’s attitude towards gender role ideology was designed. Data was collected from the high school level students in the state of Qatar. Some of notions on which opinions were sought, were as follows: Domination of males in family matters, easy acceptance of gender based discrimination, husband’s right to ‘discipline’ his wife, limitation of the availability of education, sports, work and travel related opportunities for females, resentment towards females in positions of authority etc. The participants who contributed to the data were in the age group between 15-19 years. Amongst them 150-52.8% were females and 137-47.2% were males. The questions which were framed for the study were simple and relatable, like-‘I would rather have a man as my boss than a female’, ‘men are more suitable as judges than women’, ‘women should not occupy important positions in the country’, etc. Kaltham feels that this research is extremely useful for providing data to those who wish to do a comparative study on gender related biases/prejudices. Besides, it could also feed the knowledge bank of policy maker and educators. Indeed if seeds of injustice can be detected in the gender role ideology of the youth, remedial measures can be taken early on to arrest the spread of such ideas in a whole generation.

In another article that Kaltham coauthors with Andrew Gardner and Sherine El-Menshawy (‘The Relation Between Spaces and Cultural Change: Super malls and Cultural Change in Qatari Society, Scientific Culture, vol-3, No. 2, 2017). In this, the impact of the super-malls on Qatar’s social and familial structure is studied. Here the effort is to ethnographically assess the cultural change that globalisation and its tools trigger off. The focus in this write up is particularly on Villaggio; a grand super mall of Qatar. This study deals with many gender neutral issues as well, like the broader aspects of changing market places, people’s notions of entertainment and outings etc. Interestingly, the impact of super malls on the lives of the females who live close to them, forms an important component of the researcher’s outcomes. For example the families which live near the super-malls eat out more often.  Thus the assignment of cooking meals which was conventionally given to females takes a step back. With less load of kitchen work, females might have found more time for self-discovery or just plain physical rest.  Besides, the hugeness of the spaces in the malls and their cosmopolitanism has given a push to the Qatari females to move more freely in public spaces. The social interactions in the super-malls have ushered a new era where people are not judged by the society, as they were earlier when the spaces of social interaction were physically smaller. Responses from the survey draw attention to interesting changes in the dressing style of females, for example: ‘Ladies pants were rarely displayed in shops until mid-nineties. However, after opening of such super malls, most of the stores are exhibiting various kinds of pants and jeans, where girls began to wear them as a result of continued display, this was a fundamental change in women’s dress, although they carried on wearing the abaya over the trousers’ (Cf. p. 29). This article captures the pulls and pushes in a tussle between a universalised global culture and the respective regional culture of places and people. It is usually women who are made to carry the weight of cultural identity in clothes. It is interesting to read how Kaltham tries to take a note of slow and silent socio-cultural evolution. Her writings are in fact sincere efforts to find a balance between modernity-change, conservatism and orthodoxy in her country. Besides the articles cited here, she has also written on the issue of domestic violence in the Qatari society; a subject very difficult to grapple with. In another study regarding violence against women, she found that in their youth, a large number of women had been treated badly by either their family members or their husbands or both. It is remarkable that it was due to the attention that her researches drew, to the need for protecting the dignity of females, that the Family Counselling Centre was established in Qatar. Her efforts are ample proof of her heart-felt concern for the betterment of the position of women in general and in Qatar, in particular. The powerfulness of her ‘day to day’ and ‘here and now’ approach to study the gender question can be used as an example to inspire and design studies of the same type in other regions as well. The practicality of her approach is a ray of hope for the advocates of gender justice not only in Qatar but the world over.