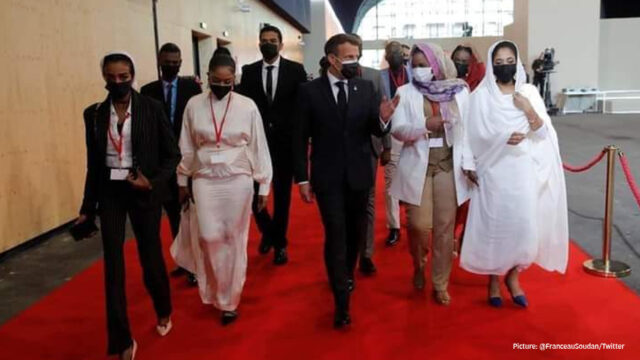 French President Emmanuel Macron on May 17 announced that France will cancel Sudan’s $5 billion in debt. France has also agreed to provide Sudan with a $1.5 billion bridge loan to pay off its debt to the International Monetary Fund (IMF).

Mr Macron announced the debt relief measure in a summit in Paris organised to promote debt relief and investment in Sudan. The summit was hosted by France and attended by African leaders and chiefs of global financial institutions. It was a twin summit with twin aims. One, to help Sudan’s transition into democracy. Two, provide Africa with critical financing for the post COVID-19 pandemic economic restructuring.

“We are in favour of an outright cancellation of our debt to Sudan,” French President Macron said after the summit.

“France is proud to be the gateway through which Sudan fully reintegrates the community of Nations. France is proud that it is here, on the Champ de Mars, that the Sudanese transition presents itself today as a model for Africa and for the world,” tweeted Mr Macron.

In a meeting with the media before the summit, Sudan’s Prime Minister Abdalla Hamdok told the media this summit can help wipe out Sudan’s  $60 billion foreign debt bill this year by securing relief and investment deals at the Paris conference.

This loan waiver was much needed for Sudan. As per France24, the country recently cleared it’s debt to the World Bank and the African Development Bank with bridge loans from Western states. However, to unlock the Highly Indebted Poor Countries (HIPC) scheme in June, it needed to clear its debts to the IMF as well. The waiver by France helps Sudan to clear debts with the IMF. With IMF debt now clear, the country can now take steps to settling its $38 billion debt to bilateral creditors.

The summit also aimed to increase investment in Sudan.  Government of Sudan has offered energy, mining, infrastructure and agriculture for investment.

Sudan is under huge debt, is facing a deep economic crisis with inflation at over 300%, and shortages of basic goods. Sudan’s debts to the Paris Club, a group of 22 countries,  is approximately 38 percent of its total $60 billion foreign debt. Among the Paris Club countries, France was Sudan’s largest creditor.

Sudan has recently emerged from a troubled phase. Omar al-Bashir had captured power in 1989 after overthrowing the democratically elected government. Since then, Sudan’s relations with other countries, including neighbours, were in trouble. Sudan was also under various sanctions which increased debt and inflation skyrocketed. In 2019, Omar al-Beshir was ousted from Sudan and the country once again set on the path of democracy.

“After decades of violence, and repression, it is time for Sudan to reclaim its voice in the concert of nations and to ensure the country is able to turn the page from its dark past,” said the US administrator Samantha Power in the summit.