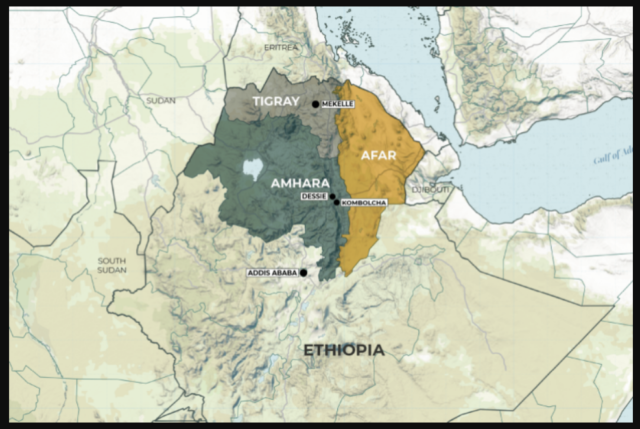 The cabinet of Ethiopia declared an emergency in the state after the fighters threatened to march towards the city from the northern region of Tigray. The decision came intending to protect the people from the atrocities being committed by the terrorist Tigray People’s Liberation Front (TPLF) in several parts of the country. The Tigray People’s Liberation Front (TPLF) has been fighting the Federal government for a year now. The military will take over certain areas on the other curfew will be imposed in the state. Anyone suspected of having links with “terrorist” groups could also be detained without a court warrant, while any citizen who has reached the age of military service could be called to fight. Anyone who violates the emergency would face three to 10 years in prison, for offences such as providing financial, material or moral support to “terrorist groups”.

Justice Minister Gideon Timothewos during a media reporting said “Our country is facing a grave danger to its existence, sovereignty and unity. And we can’t dispel this danger through the usual law enforcement systems and procedures.”

The decision to put emergency came after the Tigrayan fighters took over the strategic towns of Dessie and Kombuchas in the neighbouring Amhara region and further advance towards Addis Ababa. The Northern region of Ethiopia is under communication block as well as journalists are also restricted in the area. Authorities in Addis Ababa have asked the civilians to register their weapons and be ready to defend their city.

Kenya Yadeta, chief of the city’s Peace and Security Administration Bureau has stated that “All residents must be organized by blocks and neighbourhoods to protect peace and security in their home area in coordination with security forces, who will coordinate activities with community police and law enforcers.”

According to the reports by the United Nations Organization (UN), the conflict has triggered a humanitarian crisis that has left hundreds of thousands of people facing famine-like conditions. Thousands of people have been killed and more than 2.5 million people forced to flee their homes.