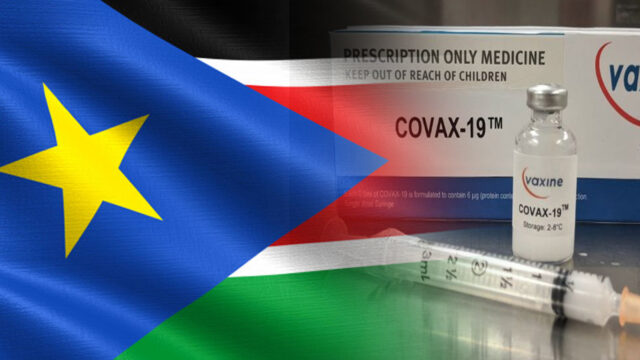 The year 2020 will be remembered for the way the world responded to the coronavirus. The virus that led to rifts between countries also led to the creation of a system of interdependence. One such measure is the COVAX that was launched in April by the World Health Organisation (WHO), European Commission and France. The facility is the result of a huge global collaboration and has worked towards supplying COVID vaccines to many countries that are not well-funded.

Recently, Sudan received its first dose of COVID 19 vaccination on 25th March 2021. The country got 132,000 doses with the support of the COVAX facility.  The vaccination process is expected to start next week and process is underway to do the same. This is a silver lining for struggling Sudan.

The country has gone through a political turmoil since December 2018. The military take over of Sudan at that time met with opposition from demonstrators and civil society workers. There have been several pro-democracy movements that have led the country to challenges that include economic as well as basic survival problems. The pandemic had a devastating affect on the country. Though the progress has been slow, things have started to look up.

No sooner than October 2020, the Juba Peace Agreement was signed between the Government of Sudan, the Sudan Revolutionary Front and the Sudan Liberation Movement – Minni Miami. It was a big achievement for the Government of Sudan, and the United Nations congratulated the negotiating parties for their political will. Sudan has a large population that believes in the elements of democracy but has major financial concerns, social problems and political instability. Thus it was highly unlikely for the nation to be able to afford the vaccine.

The supply of COVID vaccine to the country proves two things – there is more to the world than the realist belief in mere state interests . Countries are coming together to support each other in the times of crisis. Second, despite the competitions that have increased during the course of the pandemic, there are still humanitarian efforts being taken to ensure that all states irrespective of their conditions receive the basic kits to fight the COVID 19 spread.

COVAX was established by Gavi, Vaccine Alliance, Coalition for Epidemic Preparedness Innovations and the WHO. This organisation aims to serve low income countries as well as those who do not have bilateral agreements to import vaccines.

South Sudan is the latest to join the group and the Government has taken measures to facilitate the distribution. Pandemics do contribute to good will too. COVAX is one such example.