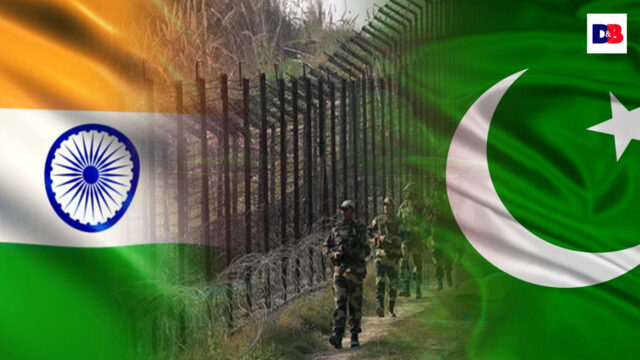 On 25 February 2021, India and Pakistan issued a joint statement and agreed to up hold peace and security by keeping in mind mutually beneficial and sustainable measures. The two parties agreed to “address each other’s core issues and concerns which have propensity to disturb peace and lead to violence”. The representatives of both the countries emphasised the importance of observing the cease fire along the Line of Control and other understandings and agreements. The relevance of the hotline for contact was also mentioned to communicate with each other. All these aspects have immense importance in the current scenario.

The global dynamics today exuberates a sense of volatility where small frictions can cause big damages. South Asia has always remained an interesting case of security dilemma. This was intensified with the presence of nuclear weapons states, a historically violent baggage and a growing power adjacently placed (China). India and Pakistan have had their shares of discords in the past and have had phases when the communication between the two countries was halted. The two have their alliances with other super powers and despite being geographically next to each other, disagree on various accords.

This agreement comes at a time when the world is facing a common struggle with pandemic, instances of domestic turmoil in several parts and economic strains too. The year 2020 witnessed several cross border violations. Then how does this agreement contribute to a stable political environment? The key is the hotline which is intended to be used in case of emergencies. The reason is misinterpretation of unintentional signaling. A hotline for free communication will help diffuse tensions and prevent any unwanted staunch actions.

The realisation from both the sides with respect to the need for serious re-consideration of the situation shows the need for improving the living conditions in both the countries. Amongst other benefits, the ambience in Kashmir will improve majorly. People along the borders will face less challenges and normalcy might prevail soon.

This agreement is a big leap of trust for India. While India in the past has taken bold steps especially after Pulwama by emerging as the “hard power” not accepting any excuses to justify terrorism, this agreement projects its belief in the power of negotiations. This also adds to its responsible image. India is currently amongst the major influencers of the international politics. This move is politically sound and strategically perspicacious. Pakistan’s response and faith in the process is yet to be seen. India has been accused in the past of “being easy”. This step however is not a projection of being soft or easy. It proves the confidence that India has in global governance and its own capability in responding to attacks.