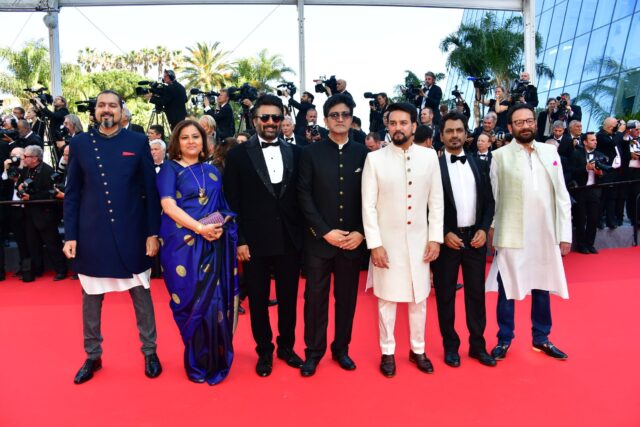 Cannes Film Festival or Festival de Cannes is one of the three major European film festivals. It is held annually in Cannes, France. The film festival previews films of all genres including documentaries and the like. The Festival’s Board of Directors appoints juries before the beginning of each event. The juries hold sole responsibility for choosing which films will receive a Cannes award. The jury is a diverse body and the jurors are chosen from a wide range of international artists, based on their body of work.

The Cannes gives awards in various arenas, the most prestigious and highly coveted prize is Palme d’Or given for Best Picture. It was introduced in 1955. The second most revered prize in Cannes is the Grand Prix, which is bestowed by the jury to one of the competing feature films. Another revered prize is Prix du Jury which is chosen by the jury from the official section. According to famous film critic Dave Kehr, this award is “intended to recognize an original work that embodies the spirit of inquiry.”

This year, the prestigious film festival is celebrating Indian cinema. India has been chosen as the first ‘Country of Honour’ at Marche du Cinema as announced by Shri Anurag Thakur on 4th May 2022. The prestigious event of the Cannes Film Festival started yesterday (17th May) and it is a proud moment for all of us Indians.

On the opening day of the film festival, a delegation from India, led by I&B Minister Shri Anurag Thakur, walked the red carpet. The delegation included AR Rahman, Pooja Hegde, Shekhar Kapur, Nawazuddin Siddiqui, Tammannaah Bhatia and Nayanthara among others. Shri Anurag Thakur said, “It is the first time the Marché du Film has an official Country of Honour, and this special focus will continue annually with different nations in the spotlight at future editions.” India’s celebration of the centenary of legendary filmmaker Satyajit Ray is expected to continue at Cannes as a Satyajit Ray classic – “Pratidwandi” will be screened at the Cannes Classic section Cinéma de la plage. A one hour conference is going to be organised at the Main Stage, comprising of the leaders of the Entertainment Sector and would position “India as the content hub of the World”.

Senior filmmaker Shekhar Kapur who is attending the 75th Cannes Film Festival as a delegate has stated that in the next few years, the country will “become the biggest and the largest media entertainment platform in the world.” Maestro Musician AR Rahman is all set to witness his directorial debut ‘Le Musk’ which will be premiered at the Cannes. He said, “It’s is a great honour to be here. I also have my first directorial film which is premiering at Cannes XR. We all are excited.” Deepika Padukone, overwhelmed by the honour India has received, stated that, “It is not something that our country is sort of seen very often. So I think when we are given the opportunity, I think we take it with a lot of humility and a lot of gratitude.”

History of the Ceylon Tea