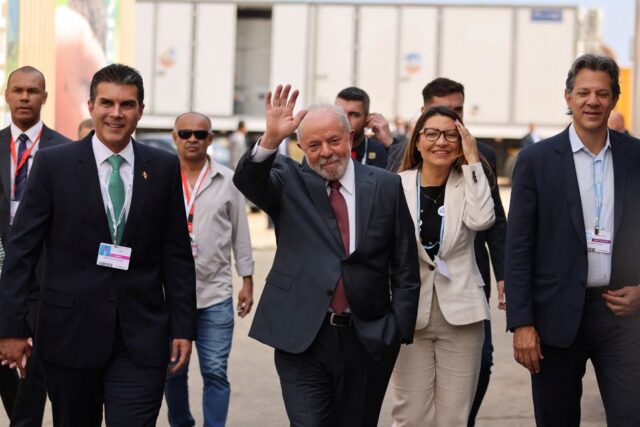 At the UN climate summit COP27 held recently in Egypt, Brazilian President-elect Luiz Inácio Lula da Silva declared in front of the rapturous crowd, “Brazil is Back.” He intends to build his nation back into a global climate leader after four years of rapid deforestation of the Amazon forest. His appearance at the COP27 climate talks in Egypt was closely watched by Brazilians and advocates worldwide. They hope that his leadership will be critical to the international community’s efforts to avoid the worst-case effects of climate change. Because of the vastness of the Amazon, its fate is crucial to global emissions. Furthermore, because Brazil is a developing country, it has the credibility clout to persuade other countries to raise their climate ambitions, giving it global clout.

The nations at the summit argued about how much money vulnerable countries owed for global warming. There were difficulties faced by the negotiators in agreeing on who should pay and for what, and there were sharp disagreements about China’s role, as the nation is the world’s biggest emitter with few climate obligations because it is still categorized as a developing country. President Lula met the top officials, including the US climate envoy, John Kerry, and the top climate negotiator of China, Xie Zhenhua.

President Lula is making his first international stage appearance, just two weeks after his narrow election win. Walking into a room full of supporters singing his name, he promised to restore the Amazon rainforest and chase down the criminals of the climate. Huge numbers gathered to see him speak, making him one of the superstars of the COP27 summit. He said that the world is in a hurry to discuss with Brazil the climate’s future and the future of the inhabitants of the earth. Without a protected Amazon, there is no climate security for the world. Further, he said that no effort would be spared to bring deforestation and degradation of their biomass to zero by 2030. The fight against climate change will become the highest priority in the structure of Lula’s government. Moreover, he offered to host a future UN climate conference, while suggesting it be held in the Amazon region.

According to preliminary data published by Brazil’s National Institute for Space Research, between January and October 2022, the rates of deforestation will be at their highest since the current monitoring system began in 2015. Indonesia and the Democratic Republic of the Congo announced an initiative to try to channel international funding towards forest protection efforts in one of the first signs of Brazil’s open attitude toward international climate collaboration. The executive director at the Brazil-based Institute of Climate and Society, Ana Toni, said that the return of President Lula gives everyone immense hope that Brazil is back as a protagonist in the fight against climate change. Together, both northern and southern countries can face this challenge of climate change, and he clearly understood this responsibility.