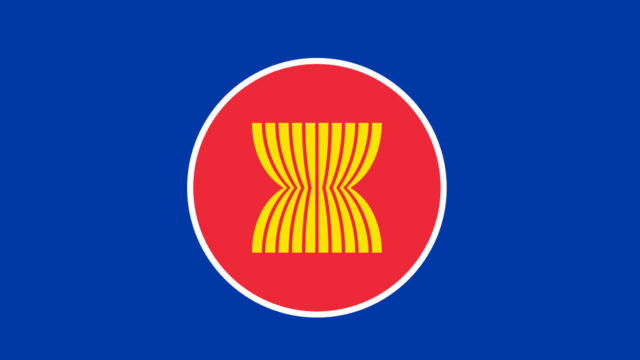 The Association of Southeast Asian Nations (ASEAN) is a 10 member bloc that works on a few principles including respect for sovereignty, non-interference, peaceful settlement of disputes, effective cooperations among the states. Myanmar is a member of the bloc and has been the source of concern after the military coup carried out in the country. The announcement by the bloc about the plan of sending a delegation to Myanmar to help restore peace in the country has many aspects to ponder on.

ASEAN’s Leadership in the Diplomatic Process

ASEAN’s Chair Brunei’s second minister of Foreign Affairs Erywan Yusof and the Secretary General Lim Jock Hoi will visit Myanmar this week to meet the stakeholders and reach a peaceful resolution of the condition there. This visit is the follow up of the Five Point Consensus released by ASEAN on 24th April 2021 which decided that in order to improve the conditions in Myanmar and to ease the violence in the country; a special envoy and delegation will visit to meet all the concerned parties. Myanmar’s junta Chief Min Aung Hlaing was a part of the ASEAN meet held in Indonesia and had stated his intention to consider the guidelines of the five point consensus once stability was reached in the exasperated environment in the country.

The fate of Myanmar poses a challenge for the world on various levels. On one hand, it is source of concern directly for basic human and political rights domestically. On the other, it questioned the basic norm of international order and its capacity to pressurise a state to adopt the values of democracy which has been advocated by the western countries for quite some time now. The ASEAN members were divided on the decision of the course to be taken in Myanmar. This is primarily due to the organisation’s belief in the principle of non-interference. However, the cases of human right violations and the increasing violence is not acceptable and thus ASEAN is leading the diplomatic effort being taken. All the ASEAN members except Myanmar proposed a resolution to the United Nations to completely ban any direct or indirect supply of weapons and ammunitions to Naypyitaw. ASEAN is trying to keep all resorts in hand but still waiting for the diplomatic breakthrough.

Dynamics in the Diplomatic Process

The delegation to Myanmar needs to be mindful in its interaction with the Junta. It is not clear if they will meet the exiled politicians and their leader Aung San Suu Kyi. There are sanctions imposed by the United States (US) and the European Union (EU) on individuals and groups who were related to the military coup. The general western mood is to ensure the uplifting of the democratic spirit. This in addition to the asset freezes and travel bans does amalgamate into strong pressure on the military in the country.

There has been a world wide concern about the status of human rights in the southeast asian country. The recent disclosure by Suu Kyi’s lawyer about the absence of any legal representative from her side in the Official Secret Acts case. The peaceful demonstrations in the country carried out have been responded with coercive measures. Today, the internet access in the country was cut by the military to avoid attendance of people in the virtual press conference held by the ousted political leaders. The press conference was to be streamed live through zoom.

The EU voiced its contempt of any possible scenarios in which Aung San Suu Kyi’s government was dissolved. The EU urged the military to accept the democratic will of the people of Myanmar. It also strongly extended its support to help undo the “illegal takeover of power” by the military.

India shares its border with Myanmar and has supported the five point consensus that is being followed upon by the ASEAN members.

Nuances of the Five Point Consensus

The five point consensus approved at the Jakarta summit is the foundation for any future engagements with Myanmar. There is a constant civil disobedience movement in Myanmar carried on on various levels all over the country. In the current course with the pandemic spread in mind, humanitarian assistance is imperative. There were reports of attacks on the demonstrators. Thus, it is important the the issue is resolved without any forceful measures. One of the points in the consensus mentioned a meeting between all the stakeholders. This will imply meeting the exiled leadership too. The constructive dialogue mentioned in the consensus is the hope to decipher the way out of this situation. The people of Myanmar have expressed their faith in the democratic process. However, the military will demand some pre-conditions to save their position too. It is up to the experts to determine the leverages to be offered beforehand.

If the delegates can successfully work out ways to attain all the five aspects mentioned, it will a big win for the believers of the diplomatic channel. All hopes are pointed towards the ASEAN delegation.