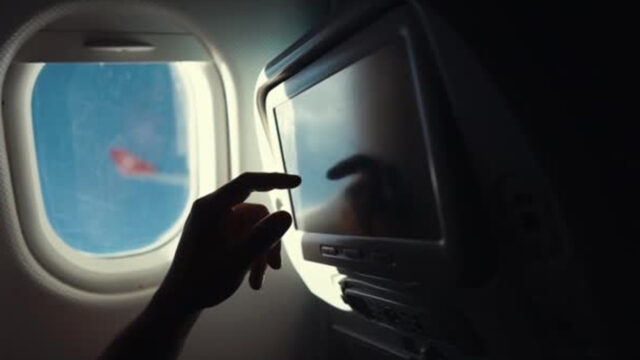 Accenturedefines Artificial Intelligence (AI) as a “constellation of technologies that allows machines to sense, comprehend, act, and learn in order to extend human capabilities”. According to the International Air Transport Association, AI is a technology that is a part of a “generic umbrella” and is an enabler of several “disruptive technologies and solutions”.

Basically, AI is the transfusion of human intelligence into machine learning. This sentence explains the nature of AI in its true sense. All domains from pharmaceuticals, to advertising to academics are heavily dependent on AI. But AI is not a black box with specific protocols. It has emerged through several stages and gone through changes to meet the requirements of various fields.

In Europe, the European Commission has been promoting trust worthy AI. In fact EU celebrated an online Digital Day on 19th march and announced their goals for the “digital decade”. The member states signed agreements to promote “ international connectivity, incentivise the roll out of clean digital technologies and improve the regulatory environment for start-ups and scale-ups”. The United States continues to stand out in its development of AI and has now adopted complex technologies like the “SensingBridge” evolved by the consultancy firm Deloitte. According to Forbes, Asia too is one of the important contributors for progress in AI. Singapore, Japan, China, India and Pakistan are working together towards building an ecosystem that supports and nurtures AI. Middle East has shown promising developments especially in UAE, Saudi Arabia, Egypt, Israel and so on.

In short, countries all over the world realised the potential of AI and have utilised their resources towards expanding the contours of the same.

Aviation is another sector where AI has contributed elaborately. Eurocontrol, an organisation that works on facilitating air traffic control in Europe vouches by the relevance of AI in their easing their work. According to the organisation, the AI technology ensures smooth functioning of “flight planning, flow management, safety assessments and conflict prediction”.

During the course of the pandemic, travel industry suffered major setbacks. In addition to that, the customers and travellers had many enquiries. Due to the cost-cutting, the industry was low on the manpower and according to a few reports, airlines all over the world resorted to means that allowed communication to travellers by avoiding manual ways.

British Airways observed a 105% monthly increase in the number of emails that they received in February 2020. The Lufthansa Group too processed more than a million enquiries to inform about the cancellation of flights. Several airlines in India use artificial intelligence to interact with the passengers. In fact in 2018, Vistara had announced the prospects of the use of a robot called RADA to assist customers by using AI to process information and suggest solutions.

A major step forward was the recent launch of a chatbot service called “KakaoTalk”, an AI based software by Korean Air in English. The airlines uses Artificial Intelligence as a means to enable the conversation based application. It works in collaboration with Facebook messenger. The application in partnership with Korean Air, is a communication based interface that will exchange information with travellers with regard to the flight schedules, time changes, bookings etc. Even the low cost airlines like the “Volaris” of Mexico has adopted the chatbot technology to deal with customer enquiries.

Chatbots have been extremely popular in the aviation industry. They are a “forward thinking and capable way of elevating the experience of flying commercial”. Amadues is one of the big names that are working in aviation industry to smoothen the process of travel. There are global partnerships in the picture that will help in easing out the process for both – passengers and the officials. Chatbots exhibit a unique feature of using text to speech and vice-versa conversions to facilitate communication better.

AI in aviation – boon or bane?

AI has had positive as well as negative implications on the society. On one hand, it eases several processes which do not require manual expertise. It ensures that personal prejudices are kept out of decision making processes. It accelerates the processes of customer grievances redressal and other such tasks where set parameters are enough to take decisions. AI has been a great source of comfort to the aviation sector when there was extreme confusion because of cancelling of flights, new regulations, re-scheduling of flights and so on. Airlines all over the world made use of AI based applications for updating statuses.

On the other hand, in case of customer services, AI can show limited efficacy. It directly threatens the privacy and information of people. It compromises the right to information if not careful. Sometimes, machine learning back fires when people have special demands or exceptional conditions. Crimes due to mis use of AI are also not too farfetched to think.

Covid 19 highlighted the relevance for development in AI especially in the aviation and medical sectors. There are of course some countries who have led the way in modernising and streamlining of AI. But with the ‘new normal’ in place, many others are joining in. There is still scope of tightening of the loopholes but the recent rigour shows that the AI will be the next area of power struggles. It can be used as a medium to globalise the world much more. The politics of AI however can not be undermined with secrecy and protection of data being a major concern for countries world wide.