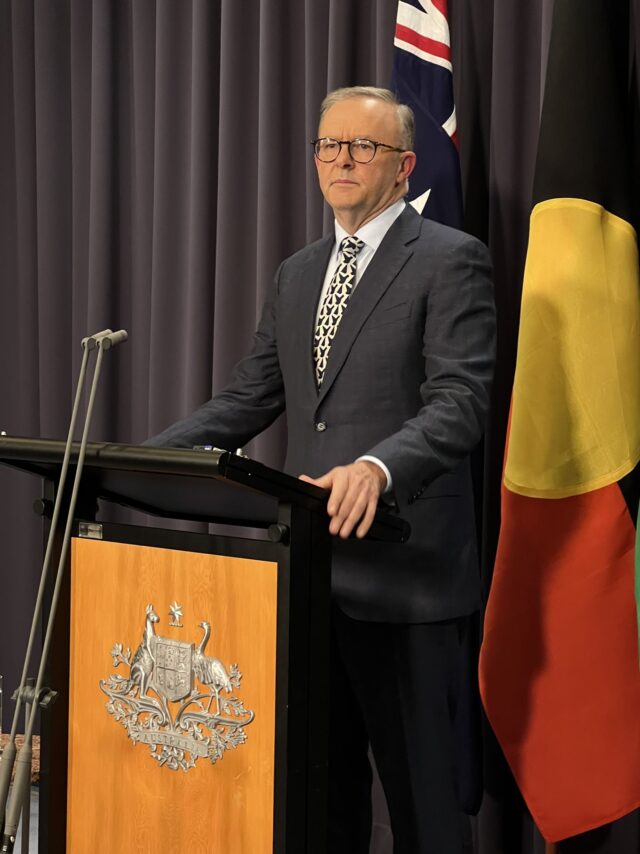 Prime Minister Anthony Albanese of the Labor Party in Australia has secured a majority in the parliament with 76 lower house seats. Defeating the previous Australian Prime Minister Scott Morrison, Anthony Albanese and his party is all set to form the government, according to an official election data showed on Twitter on Tuesday, 31st of May 2022. Local media had also reported that the final tally might rise to 77 as the counting was to continue on two close seats. After nine long years of the Conservative Party being in power, the Australian Labor Party won office in Australia’s May 21 federal elections.  The new deputy prime minister from the Labor front is Richard Marles. Marles is also to be the defence minister, Jim Chalmers is the treasurer and Katy Gallagher is the attorney-general, finance minister and the minister for women.

In a report published on 10th May on D&B’s website Morrison’s rating as the country’s preferred leader came at a percentage point to 44%, a survey showed, leaving him narrowly in front of the leader of the opposition, Anthony Albanese whose rating rose 3 points to 42%. The Australian newspaper conducted a survey surrounding a campaign dominated by cost-of-living pressure, national security and climate change for the upcoming elections. This survey showed that the Labor Party was leading with 54%-46% on a two-party preferred basis against the Morrison-led Liberal Party-National Party coalition government.

The Conversation quoted in one of its articles that Mr Albanese said, “If Labor is successful in the coming federal election, I will take my lead from Bob Hawke and his successor Paul Keating… We must rediscover the spirit of consensus […] Bob Hawke used to bring together governments, trade unions, businesses and civil society around their shared aims of growth and job creation.” The Albanese-led Labor government looks promising that it will come at par with the Australian equivalent of the ‘New Labour’ way promoted by Tony Blair in the U.K.

Mr Albanese left for the QUAD summit shortly after he was sworn in as the Prime Minister. In a statement ahead of the QUAD meeting, Mr Albanese said: “The Quad Leaders’ Summit brings together four leaders of great liberal democracies – Australia, Japan, India, and the United States of America – in support of a free, open and resilient Indo-Pacific.”

Labor won the majority in the House of Representatives and would require cooperation with the Greens (4 seats) and independents to pass clear cut legislation. The new Labor government could mark a clear progression towards climate-friendly policies and is expected to take a more cautious approach on economic and strategic matters. Anthony Albanese said in a tweet, “I am deeply honoured to serve as Australia’s Prime Minister. As Prime Minister, I want to bring people together and lead a government that is as courageous, hard-working and caring as the Australian people.”